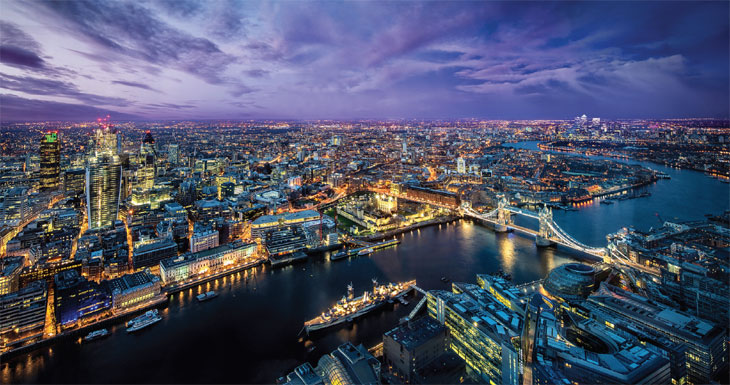 Sadiq Khan’s election as Mayor of London marks a change in priorities from Boris Johnson’s mayoralty and that’s very evident when you look at housing. That’s partly due to changes in the London housing market. Shane Ballard, director at Greene & Co, points out that when Boris started as mayor, the average London house price was £350,000; Khan will start out with a £534,000 average price. Khan himself said during the election that Deloittes and Morgan Stanley had told him they couldn’t get staff because of the cost of housing – and they’re not exactly low payers. 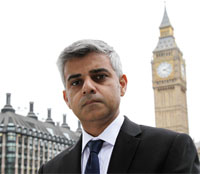 But it’s also down to the fact that Sadiq’s housing policy is very different from what we’re used to. Instead of promising more subsidies to home purchasers, he talked about pushing up the percentage of affordable housing, regulating the rentals market, and creating a London Living Rent based on affordability, not market rates.

Experts reckon that London needs 50,000 new homes a year. Sadiq Khan has promised that he will deliver them.

Most importantly, Khan has promised a huge increase in housebuilding. Experts reckon London needs to build 50,000 homes a year against the recent building rate of not quite 24,000, and Sadiq Khan promises to deliver.

Andrew Bridges of Stirling Ackroyd points out that if he’s going to get there, Khan needs to change the planning regime. Planning permissions are lagging – 2015 saw only 32,910 units given permission, way below what’s needed.

Bridges says, “Planning officials need to accept that the game has changed,” and give building a much higher priority. He says there are huge variances between the boroughs, with Westminster, for instance, granting permission for 95 per cent of applications, while Bromley accepts only 30 per cent. “Some boroughs,” he says, “are quite clearly carrying more than their fair share of weight.”

The Borough of Westminster grants 95% of planning applications while Bromley accepts just 30%. Some boroughs are carrying much more of the weight. Andrew Bridges, Stirling Ackroyd.

At the same time, Khan has to make housebuilding in London more attractive to developers. But that might clash with his other strategies. Paul Smith, CEO of Haart, says, “His policy of 50 per cent of new homes being affordable home risks strangling the private market.” (It’s worth noting that Ken Livingstone started out with a similar 50 per cent target but ended up making do with less.)

“It’s certainly a risky strategy,” says Steve Turner of the Home Builders Federation. “It could result in fewer homes being built.” Some sites can sustain a high proportion of affordable homes; others can’t. The decision needs to be taken site by site, not imposed from above; a blanket 50 per cent risks sidelining many sites. Equally, developers might just hold off building on some sites, anticipating changes of policy, or judicial action, could let them develop more profitability in future than they can now.

Even the rather less contentious “Londoners’ ‘first dibs’” policy is a risk. Steve Turner says many large developments need a certain percentage of advance sales to secure finance, often two or three years before the units will be completed. Cash purchases to foreign investors are vital, since UK lenders will only consider mortgages six months ahead of completion. So, he says, “foreign investment does lead to increased housing numbers.” Buy-to-let sales to cash buyers, for the same reason, can free up developers’ cash flow and pump-prime larger developments. Without the buy-to-let landlords, larger sites become more difficult to finance.

Freeing up public land could be one way of squaring these policy commitments with the high housing completions target. “Land availability is a key issue,” says Steve, “particularly for affordable housing. But getting the boroughs to put in place plans and allocate land for those plans will be a challenge.” He warns that though the government has mentioned the possibility of bringing public land forward, there have so far been no results. Depending on the price at which developers are able to access this land bank, higher levels of affordable housing could be possible. But that price will be politically sensitive; if, for instance, a hospital sells off a plot, should it get the best price possible – bad for housing, good for the NHS – or sell at a lower price to enable affordable housing to be built?

Martin Skinner of developer Inspired believes land availability could change the equation. But innovation is needed both from planners and from the industry. One major planning change – permitted development rights for commercial to residential – has made a huge difference in London. “It’s what we’ve built our business on because it’s more affordable than newbuild. It’s time for planners to reassess space regulations and authorise higher density development in the capital.” He points to other developers who have made new models work, such as Pocket Living, micro-home developers who aim their housing at the most priced-out segment of the market, 30-40 year old public sector workers who earn too much to qualify for social housing but too little to afford market prices. By creating compact, high-density layouts, Pocket sells at a 20 per cent discount.

If politicians are open-minded and allow experimentation through deregulation, we can move forward, but we can’t afford the standard default product. Martin Skinne,r Inspired.

Dreams of elegant townhouses must be jettisoned in favour of new models. Martin Skinner says, “The private rented sector doesn’t really work, but there is a perfect model for the rental side – student accommodation, a purpose built, more scaleable version of the young professional house share.” But to create that type of accommodation, space standards may need to be changed. He says major housebuilders could probably double their completions if restrictions were lifted. “If politicians are open-minded and allow experimentation through deregulation, we can move forward, but we can’t afford the standard default product. We need micro-apartments and student style living.”

Andrew Bridges agrees that higher density development is needed, particularly in the inner boroughs. “Space may need to be found vertically,” he says, pointing to a higher-rise London as the only solution that can produce the number of dwellings required.

There’s another hurdle facing the mayor, which hasn’t received so much comment in the press – high and rising construction costs. Martin Skinner says, “There’s a massive construction capacity constraint,” with regard both to staff and materials.

“Everyone is struggling to get what they need,” he says. While moving to modular building processes, use of offsite construction methods, and even 3D printing can all help over time to reduce costs and the need for site staff, that won’t come through in the short term, and meanwhile, costs are rising by 6 per cent a year, he says.

One thing that is certain is that Khan is going to have to reconcile a lot of different interests if he wants to make a real change. He’s going to have to work with a government that doesn’t share his commitment to social housing, and with borough councils that may not share his vision; he’ll need to work with housing associations and private developers, and find some way of supporting build-to-let as well as helping tenants. Steve Turner says, “His approach has got to be collaborative.” That means accepting that housebuilders need to make a profit.

Khan’s choice of Islington housing head, James Murray, for his team hasn’t been popular with developers. In Islington, Murray offered grants and discounted council-owned land to get housing associations building new homes for social rent, even managing to restart one stalled scheme, so on the social housing side his tenure has been a success. But Islington has the fifth highest planning rejection rate in London, refusing over half of all applications for more than ten dwellings. That’s a mixed record.

Results won’t come overnight. Steve Turner says, “It takes time to develop a framework within which the industry can increase building. There’s no silver bullet. There’s no easy fix.” A stable policy environment as well as a stable economic environment is required, and even if Khan does all the right things, it will take time to get things moving. True, housing supply is already on the up – having increased 25 per cent in the last couple of years – but Khan’s targets are aggressive.

Paul Smith says “While I applaud the target of 80,000 new homes in a year it’s a huge challenge that both previous mayors have failed to deliver.” The jury is still out.

However, the London mayoral election has already made one huge change to the housing sector; it’s propelled housing to the top of the political agenda not just for London, but for the country as a whole. Steve Turner says, “Housing is a national issue, full stop,” – an issue which is now seeing Number 10 and the Treasury getting involved in policy instead of leaving it to the Department for Communities and Local Government.

Sadiq Khan himself described the poll as “a referendum on housing.” In that referendum, Londoners voted for change, and the one common refrain from almost every player in the market is that we can’t go on as we are.

Let’s hope Khan succeeds in changing things for the better. 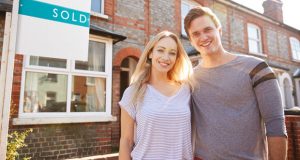