The number of property lots sold at auction reached a record high in 2014, data from the Essential Information Group (EIG) shows.

The latest figures also reveal that revenues are heading skyward as over £3 billion worth of property sold under the hammer in 2014 for the first time in seven years – up 14 per cent on 2013 and a fourth consecutive year-on-year rise.

With the volume of lots offered falling in the North and rising in the South, it was unsurprising to see that auction receipts increased significantly in London and the Home Counties, accounting for over 50 per cent of the UK total. Northern Ireland also saw significant gains last year.

Meanwhile, EIG data also revealed that the amount of money raised from property auction sales totalled over £491m in December 2014; a 3.6 per cent gain on the same month in 2013 and the largest amount achieved in December since 2007.
In total, 134 property auctions were held in December, with 2,605 of the 3,473 lots offered – 75 per cent – successfully sold.

A new online property auction, Bamboo Auctions – bambooauctions.com – has been launched. The business is led by corporate lawyer, Robin Rathore and Chris Brown, the past president of both NAVA and the NAEA.

Acting through their estate agent, sellers can set a reserve price and choose the length of the auction period for each property listed on the website. Buyers are pre-approved for identity and anti-money laundering purposes and can search, download legal documents, arrange site viewings and place bids on properties.

Exchange occurs immediately at the end of the auction period, meaning estate agents earn their commission faster and the risks of gazumping and gazundering are eliminated.

Rathore said: “A lot of property-tech businesses are either looking to bypass estate agents or are going into direct competition with estate agents. We’re different. We want to work with estate agents; we want to see properties exchange, so our interests are completely aligned.” 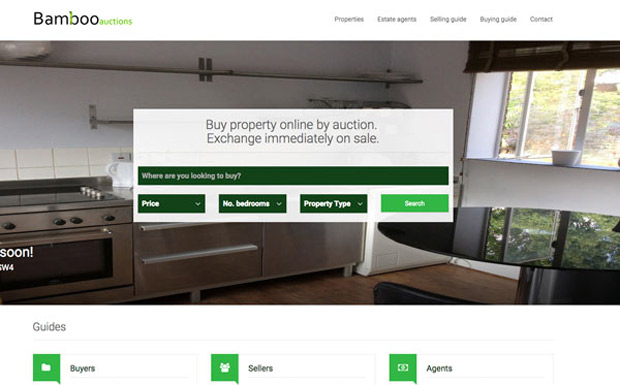