Sign in or Sign up
The essential site for residential agents
Home » News » Agencies & People » The Property Centre raises £5,000 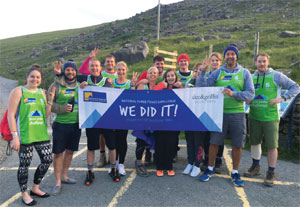 A team from Gloucestershire and Worcestershire agent, The Property Centre, with Dee & Griffin Solicitors climbed the National 3 Peaks in 24 hours and raised £5,000 for charity.

“I’m so proud of what we’ve achieved,” said Steve Jones, Partner and one of the team to scale the heights of Ben Nevis, Scafell Pike and Snowdon. “It was certainly a hard physical test – we’ve got the blisters and battered knees to prove it!”

Conquering the National Three Peaks was the brainchild of Alex Diett, Manager of The Property Centre’s Abbeymead Branch in Gloucester, who organised everything, “The Challenge stretched us, both physically and mentally”, said Alex. “Ben Nevis was covered in snow, with freezing fog at the top and we couldn’t see the summit at all until we got up there, so it was important to stay focused. Scafell and Snowdon were shorter but steeper climbs, and presented their own different challenges. That’s where our team spirit came into its own. We all helped each other and knowing our efforts were benefiting National Star was a huge motivator. We visited their main campus at Ullenwood prior to doing the Challenge and were inspired by the amazing work they do with their students and the positive impact they have on the lives of young people with disabilities. Knowing that any money we raised was helping to fund that work kept us going long after we’d had our fill of flapjacks and bananas!” 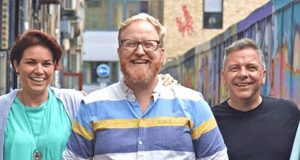 Kristjan Byfield: Why my business has decided to quit Rightmove