Sign in or Sign up
The essential site for residential agents
Home » Features » What is a property contract?
previous next
Regulation & Law

What is a property contract?

You can create a legally binding property contract with just two emails. Legal expert Anthony Young explains the risks and how to avoid them. 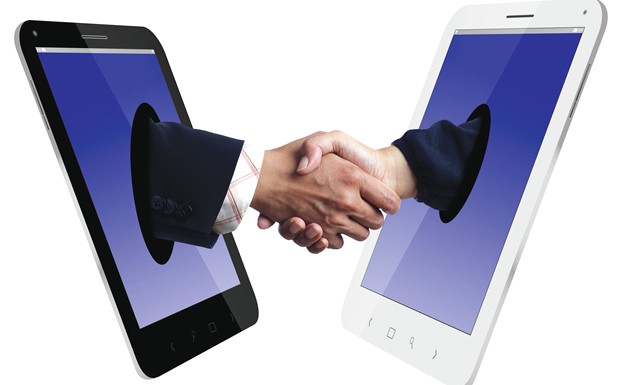 Email offers a quick and easy method of communication and is now almost universally used by all types of organisations. It is, however, important to realise that what may appear to be an informal method of communication may inadvertently enter an organisation into legally binding contractual arrangements. There have been a series of cases over recent years – including one directly involving an estate agent – that have concluded that property contract may be conducted by email.

Contracts are at the heart of any business, from contracts with landlords, to the terms on which an organisation engages its own suppliers and staff; they set out the legal relationship between and the obligations on the relevant parties.

FORMATION OF A CONTRACT

The contract does not need to be in writing. An oral agreement or a series of dealings between parties may also form a legally binding contract.

INFORMAL ACCEPTANCE BY EXCHANGE OF EMAILS

It would be easy to imagine a business owner in a busy environment trying to source replacement parts for a broken machine. Under pressure, a member of staff agrees to the application of “usual terms”, without a proper understanding of what those terms are, or where they are documented.

In Nicholas Prestige Homes v Neal [2010] the Court of Appeal confirmed that an email exchange that fulfilled all five of the elements referred to above, formed a binding contract. In this case (which concerned a property being sold by an estate agent), terms were set in an email that the seller accepted by replying to the email with, “Hi Mark, that’s fine. Looking forward to the viewings. Sally”. A dispute arose when another agent subsequently sold the property and the first agent successfully claimed damages for commission he said was due from a sole agency appointment. Three key messages came out of this case:

In Immigration Storage Company Ltd v Clear plc [2011] the Court of Appeal held that a fax quotation that was signed and returned as an email attachment created a legally binding contract, even though the fax stated that the formal contract would follow. That subsequent contract would only have been confirmatory, because the emails failed to make it clear that they were not intended to be legally binding (see ‘subject to contract’ below).

Where a firm regularly deals with the same party – for example, an organisation providing agency staff, it is easy to build up a chain of emails going back and forth. A lengthy email chain could start with a simple enquiry but quickly develop into a legally binding contract.

The case of Green (Liquidator of Stealth Construction Ltd) v Ireland [2011], involved a dispute over the terms of a loan to a company that soon after became insolvent. The High Court held that, following an earlier High Court ruling in J. Pereira Fernandes SA v Mehta [2006], the parties had ‘signed’ the emails by inserting only their first names at the end of the emails.

Responding to an email was the equivalent to sending a signed hard copy letter countersigned by the recipient, in circumstances where the second email is sent as a reply and so creates a chain, as opposed to creating a new email.
A chain of emails could constitute a single legal document.

Subsequent cases have confirmed that the length of an email chain is not important.

WHAT IS A SUFFICIENT ELECTRONIC SIGNATURE?

In Lindsay vs O’Loughnane [2010] the judge suggested that email needs to “include a written indication of who is sending the email” suggesting that an automatic appearance of the sender’s name or email address in the ‘from’ field and an automatically generated email signature block would suffice as an electronic signature. The more prevalent view, however, which is supported by other cases and by the Law Commission, is that there must be some voluntary intention to add the signature.

However, in other cases (such as Stealth Construction and Nichols Prestige Homes mentioned earlier), the informal signature by way of a first name did indicate sufficient intention to enter into the contract.

These cases suggest that the courts will interpret sufficiency of electronic signatures in the light of what the ordinary email user would consider to be a signature – such as signing off with a name, title or informally with a forename.

A string of cases suggest that binding legal contracts can inadvertently be formed by parties through pre-contract emails. If the intention is to negotiate terms before entering into a formal contract, it is important that the emails make this very clear, e.g. by prominently stating in the header or at the top of the email in bold or underlined text “subject to contract”. The Immigration Storage case mentioned above demonstrates that merely mentioning that a formal contract will follow is not sufficient.

The inclusion of a “subject to contract” statement creates a presumption that the emails are not intended to create a legally binding contract, but this presumption can be overturned by other statements or by the conduct of the parties e.g. where, due to commercial pressures, performance of the contract (e.g. delivery of goods or services, acceptance of payment etc.) starts before entry into the formal contract.

Including a disclaimer (for example, within the general disclaimer regarding confidentiality and viruses etc.) is unlikely to work as it is insufficiently specific, and not noticeable.

AUTHORITY TO ENTER INTO CONTRACTS

Organisations should consider reminding staff of authorisation levels and the controls for the entry into contracts on behalf of the organisation. They should also raise awareness amongst staff that such controls also apply to contracts formed by email.

If staff do have authority to take negotiations to a certain stage, they should expressly make it clear in the email discourse to the other party that they do not have authority to conclude the contract, at which point it may be appropriate for the series of email or email chain to be forwarded to the authorised person for ‘signature.’

Logically there is no reason why contracts cannot be formed using text message, instant messaging or forms of social media such as Facebook, Linkedin and Twitter, particularly where social media is being used for messaging. There is likely to be case law on this issue in the future, particularly as social media becomes a more established mechanism for conducting business.

All businesses regularly enter into contracts so it is important that they understand the obligations they are entering into for the proper management of the business. Those aiming to sell their business or enter new funding arrangements may also find their arrangements subject to scrutiny by a third party. The key points are as follows: