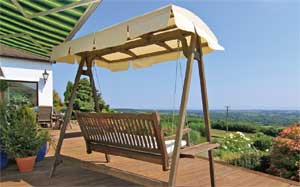 The way estate agents market their properties has changed. Prospective buyers and tenants are no longer obliged to make regular visits to high street offices, the vast majority of research is now conducted online, with many people only contacting an agent once they have spotted a property that they would like to view.

To give them an idea of what the property actually has to offer, most listings are accompanied by measurements, floorplans and high quality photographs. So far, so good, but video marketing goes much further.

Video content accounted for 64 per cent of global internet traffic last year, this is set to grow to four-fifths of the world’s global Internet traffic by 2019, according to Cisco, one of the leading makers of networking equipment.

Many vendors say it was the photography and film that led them to choose that agent in the first place.” Alex Mann, Home Viewpoint.

With most property searches now beginning online, it is “more important now than ever” that estate agents consider adopting video to promote their properties to the widest possible audience, says Alex Mann of Home Viewpoint, which charges from £75 + VAT to film a property.

“A video allows the viewer to get a much greater sense of its layout and size, which increases the number of viewings from genuinely interested buyers and cuts down on time wasted by the vendor and agent,” said Mann. “A property film also often leads to more and better offers.”

Not only do the “buyers love the films” but property videos can also help to generate more instructions, according to Mann – vendors also love them! “Many vendors say that it was the film and photography which led them to choose that agent in the first place,” he added.

There is compelling evidence suggesting that online video marketing should now be a major element of your marketing budget.

A study by Nielsen for Google found that video is one of the best ways to engage with potential customers. It revealed that websites offering more engagement features, such as video, experienced an increase in conversion rates. This means agents that adopt videos could genuinely expect to receive more viewing enquiries, brochure downloads and completed contact forms.

Still not convinced? Here is a big number that should make you sit up: 1.8 million.

Ask yourself, if this written piece were available as a video would you prefer to watch it or read it?

While reading is active, stimulating interest or thought, George Atkinson, Director at Atkinson Brand Reaction, points out that research shows that videos are processed by the brain 60,000 times faster than text. In other words, watching a video is passive, making it much less demanding for the consumer.

“Think about the heavy lifting your cognitive system has to do when reading an article compared to watching a video clip,” he said. “Humans are hardwired to avoid demanding cognitive strain, so this tendency toward laziness will, more often than not, invite us to choose information that is easy to process over the form that makes us put out a lot of effort.”

Walter Di Martino, Head of Communications at Gate-Away.com, an Italian property portal devoted to overseas home-hunters, said that there is “nothing better” than a video to “convey and bring out” all the elements of the property that you wish to convey. Put simply: “homes with videos get much more clicks.”

He added, “A video can prevent potential purchasers from bad surprises in the sense that it offers a whole and faithful picture of the property and of the surrounding area. For every homebuyer this is a very important aspect.”

Also recognising the importance that video can now play as part of a wider property marketing campaign is Engel & Volkers, a global estate agency which has created its own media tool so that their licence partners, including the branch in London, can make their own videos to promote the property online.

Dominique Carroll of Engel & Volkers said that agents seeking to “make a visual impact online” should consider it to be “very important” to use video technology in today’s market, and that her company, like a growing number of agents, now even use drones “to help capture those spectacular aerial shots.”

While images captured by drones can look stunning, agents do need to be cautious of who they use and check their credentials, according to David Varley, Managing Director, Homeonfilm.

“Lots of agents are using drones,” he said. “But make sure the operator of the drone has a pilot licence as they need it to operate them. Also it’s very restrictive in terms of where you can film, and they do drop out of the sky.”

TV-style property films provide slick professional video content with a view to enticing the prospective buyer or renter to view the property in person. However, they should not be confused with the slideshow 360-degree tours.

3D walkthroughs provide excellent computer videos, usually generated using floor plan software, enabling the viewer to move about the property at the click of a mouse.

Video tours are a far more affordable way of showcasing a property, as are audio tours; a TV-style advertisement which combine photographs with a voiceover or music, complimented by video like moving images, designed to highlight the key selling points of a property.

While property videos are a great tool for enticing prospective buyers to view properties, Varley reports that his firm’s core business has shifted from sending camera crews to properties because “it is expensive” making it “tough to sell” to price conscious agents to making quality 3D property tours from photos, supported by TV quality voiceover.

“We supply these for just £45 plus VAT,” he continued. “Agents are selling these

for a profit, the bottom line at the end of the day for agents is products that create profits, and ours do just that!”

By emotionally engaging viewers with compelling footage and music, Hunters Property Group are finding that clients now fully appreciate the benefits of the properties, says Pernilla Tweddle, Head of Marketing, “Many of our properties are profiled through video tours. We see video marketing as an important platform to showcase our properties, services and our brand.”

Hunters has had a positive response to its digital marketing campaign, which has allowed the company to share their video across a multitude of online channels and platforms.

“Since the campaign’s launch in January, we have seen a significant uplift in traffic to our website as well as continued advancement of our brand,” Tweddle added.

A number of estate agents are now setting up their own online TV stations offering a wide range of content, including property films, interviews, how to and area guides.

Tweddle revealed that Hunters’ latest video advert “really struck a chord” with many consumers, receiving over 150,000 views on YouTube in its first three weeks alone.

In addition to YouTube, there are plenty of other computer platforms, like Ustream, Livestream, Roku, among others, that are also able to host these channels, allowing agents to upload and edit their videos or programmes as frequently as they like, adding music in the process.

“Agents can promote these TV channels, which will have all their videos in one place, through social media, upload them on to their own websites as well as the main property portals to accompany their property listings, creating a virtual shop window,” explained Jane Danser of Pure Brand Media.

“The TV videos can be tagged in the same way that you would do with a website, ensuring they can be optimised for SEO [search engine optimization] purposes, which is great because Google like videos and therefore view them as being SEO-friendly,” she added.

Jane adds that having a TV station and “aspirational” property films can add “enormous value” to a business, and yet she believes that far too many agents still do not appreciate their worth or the fact that they “can enhance their brand”. But over time Jane also thinks that this attitude will change.

NO LONGER JUST A LUXURY

Having spoken to various agents, we found that there are a number who still believe that having property videos are a luxury. But the reality is that with production costs having fallen, video is no longer the sole dominion of the high-end property – it is just as valid on an £80,000 terrace property as it is on a multi-million pound mansion.

The use of film as a marketing tool to sell property is increasingly becoming the norm, especially with the main portals now offering dedicated URL fields for videos, and agents that fail to adopt this type of content marketing may find themselves playing catch up at a later stage. 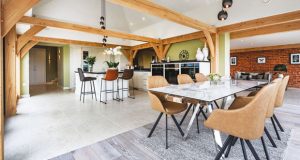