Sign in or Sign up
The essential site for residential agents
Home » Features » Property investors – fill your boots!
previous next
Products & Services 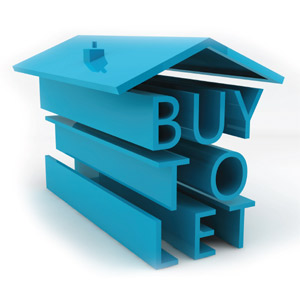 Lending to buy-to-let landlords is at an all-time high, with the Council of Mortgage Lenders (CML) reporting that buy-to-let accounted for 13.4 per cent of total lending in the UK during the first quarter of this year, reflecting favourable borrowing conditions created by low interest rates and state-subsidised lending.

May’s 21 per cent rise in gross mortgage lending coincides with the best five-year fixed rates in recent history, according to Brian Murphy, head of Lending at the Mortgage Advice Bureau (MAB).

“We can expect further improvements as borrowers make the most of the outstanding deals on offer,” he said. “In over 25 years in the mortgage industry I’ve grown accustomed to seeing five year fixes closer to five or six per cent, so May’s average of 3.96 per cent is unprecedented.”

In the past, some borrowers seeking to take advantage of low interest rate deals have had to pay sky-high arrangement fees. But Murphy describes the notion that good rates only come with a higher fee attached as something of “a myth” in today’s market. He added, “In many cases it’s possible to find a great rate while still enjoying a low or ‘nil’ product fee.”

The recent surge in mortgage lending has led to stronger property purchase activity than some experts had initially anticipated.

Residential property transactions in the UK reached their highest level in three and a half years in May, with many purchasers benefiting from low interest rates, the latest monthly market survey from the Royal Institution of Chartered Surveyors (RICS) shows.

The report found that the increased availability of cheaper home loans as a result of the Bank of England’s FLS had led to an increase in transactions.

Surveyors sold an average of 17.9 homes in the three months to May – the highest level since January 2010, although still significantly below the levels hit six years ago.

“The strong house sale numbers should be encouraging for potential home sellers who may have been biding their time due to previously fluctuating market conditions,” said Mark Hayward, Managing Director of the National Association of Estate Agents (NAEA).

What’s more, sales are expected to continue to increase over the next three months with a net balance of 35 per cent more respondents to May’s RICS survey predicting transaction levels will grow, up from 26 per cent.

In May, more people went out and viewed property and more transactions went through.” Peter Bolton King RICS

Peter Bolton King, RICS Global Residential Director, commented, “May was an interesting month for the housing market. More people decided to get out there and view property and more transactions went through than in quite some time.

“There is still a very long way to go until we see a full scale recovery but green shoots are beginning to sprout.”

Despite the rise in sales activity, many young people are still struggling to gain a foot on the housing ladder.

The fallout from the financial crisis, with more stringent lending conditions, has meant that just a third of young households are likely to be owner occupiers by the end of the decade, according to a report from the Intermediary Mortgage Lenders Association (IMLA). This suggests that a little more than half the number of those aged 25 to 34 who owned their homes in 1993, will be homeowners by 2220.

Rather than the £360 billion worth of mortgages lent in 2007, the report suggests the ‘new normal’ would be less than around £200 billion per year.

Peter Williams, Executive Director for IMLA, said, “Generations of Britons have been raised with the ambition of owning their own homes, which has become a key part of our national identity. But this goal threatens to disappear from view unless we consider what kind of market we want to create for the future and what can be achieved within the scope of mortgage regulations and available finance.”

Analysis from a report commissioned by the homeless charity Shelter estimates that the single people face waiting an average of 14 years to save for a deposit for a home nationally, or 30 years in London, where prices have soared to new highs.

Campbell Robb, Shelter Chief Executive, said, “This research reveals the harsh reality that young people today are facing because of our shortage of affordable homes. These shocking results show that when it comes to saving up for a home of your own, things today just aren’t what they used to be.”

The latest Buy-to-Let Index from LSL Property Services plc shows that rents in May increased by an average of 3.5 per cent year-on-year to £737 per month – the third highest level on record.

On an annual basis, there were significant variations in the rate of rent rises, led by London, where rents are 7.2 per cent higher than a year ago. Next fastest was Wales, where rents are up 5.2 per cent since May last year, followed by the North East with annual rent rises of four per cent. In nine out of ten regions rents are higher than a year ago, with only the South West seeing no change since May 2012. LSL estimates that rents will increase by nine per cent to hit an average £800 a month by 2015.

“With wage growth so weak compared to inflation and house price growth, it looks like deposits will become less affordable – which will keep demand for rented accommodation high,” said David Newnes, Director of LSL Property Services.

But if rental property prices maintain the same trend as the last three months, the average investor in England and Wales could expect to make a total annual return of 6.2 per cent per property over the next 12 months – equivalent to £10,316 per property; an attractive proposition for buy-to-let investors.

“High yields, stagnant property prices and improved financing options are encouraging investors to add to their portfolios,” said David  Whittaker, Managing Director of Mortgages for Business. Whittaker points out that this activity has been helped by increased competition between the buy-to-let lenders, supported by Government measures.

He added, “Rates and fees are down and there are increasing options for landlords looking to finance more complex deals. The Funding for Lending Scheme too has helped by loosening the supply of credit to lenders, and they are passing the savings on to investors.”

CML data shows that gross mortgage lending of £4.2 billion across 33,500 mortgages was advanced to buy-to-let landlords in the first quarter of 2013, up from £3.7 billion in the same quarter of 2012.

There are now around 1.46 million buy-to-let mortgages in the UK, accounting for around 13 per cent of the total estimated stock of 11.26 million mortgages.

CML Director General Paul Smee said, “The buy-to-let mortgage market is performing well, against a backdrop of robust landlord – and tenant – demand for good quality rental Referral property. Loan performance compares favourably with the owner-occupier sector, and buy-to-let continues to grow as a proportion of the overall mortgage market.”

He said, “Landlords are rightly seeing the opportunities to be had with the booming rental market and are taking positive steps to grow their portfolios and lenders seem keen to support them.”

As if helping your buyer raise the mortgage finance needed to buy a property that you are selling was not enough of an incentive to refer business to a mortgage broker, many lenders and brokers will also pay a referral fee for any business generated by an agent.

Although rates vary, The Negotiator is informed that most agents will earn a flat fee in the region of £250 for a referral that results in completed business. 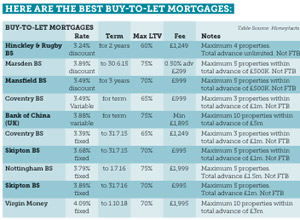 Data presented to The Negotiator from Moneyfacts shows that there are currently 497 buy-to-let mortgage products available, up from 448 this time last year.

Potential investors now have more choice than ever, so shopping around is vital to get the best deal.” Charlotte Nelson Moneyfacts

“Today’s buy-to-let market is thriving due to rental demand therefore lenders are filling the gap with attractive mortgage deals, with some of the most competitive deals at 75 per cent loan-to-value,” said Charlotte Nelson of Moneyfacts. “Since the launch of the government backed Funding for Lending Scheme buy-to-let mortgages have also been affected with average rates having lowered.”

“Potential investors now have more choice than ever so shopping around is vital to see that they get the best deal.”

Lenders have some great deals – some of the most competitive are for buy to let loans of 75% loan to value.