Property sales dry up ahead of Election

A lack of homes coming onto the market could push prices higher, according to RICS. 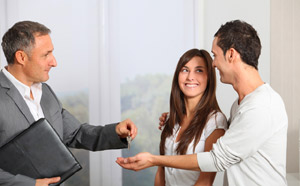 The upcoming Election is to blame for residential property sales drying up, but a general lack of housing stock coming onto the market could fuel another surge in home values after the election, according to the latest monthly market survey from the Royal Institution of Chartered Surveyors (RICS).

The research reveals that political uncertainty surrounding next month’s General Election is deterring many purchasers, with buyer enquiries and house sales falling.

But despite the dip in demand from purchasers, a general housing shortage across many parts of the country led to 21 per cent more surveyors reporting an increase in home prices in March, up from 15 per cent in February. Furthermore, 15 per cent more surveyors expect prices to appreciate even further over the next three months compared with 10 per cent in February, fuelled by the existing supply-demand imbalance in the market.

Nationally, the market in Northern Ireland continues to outperform the rest of the UK with the strongest home price growth last month and the highest price expectations over the next three months.

However, across much of the rest of the UK, particularly in Wales and Scotland, price gains over the next three months are expected to be far more moderate.

The volume of agreed sales in London fell for the 11th month in succession as enquiries from prospective purchasers continued to fall. But with 24 per cent more surveyors reporting a drop in number of new properties coming onto the market for sale in the capital, prices could rise once more in the city, if demand picks up after the election.

Across the whole of the UK, just 13 per cent more surveyors saw prices fall in March, down from 42 per cent at the start of the year, with the average surveyor selling 19.5 properties, which remains significantly below activity levels recorded during the early part of last year.

The boost that was given to the housing market by the Help to Buy scheme has begun to dissipate and activity levels have slipped back as a consequence, according to Simon Rubinsohn (left), RICS Chief Economist.

He said, “Even more worrying are the tentative signs that price momentum could be set to pick-up once again as the supply of stock to the market continues to fall. Anecdotal evidence does suggest that election uncertainty may be having some impact on the market, but underlying the trends visible in the latest survey is a very real housing crisis which will urgently need to be addressed by the next Government.

“It is significant that price expectations nationally are accelerating both at the three and twelve month time horizons and at the latter they are at their highest level since the spring of last year.”

While aspirational homeownership remains at the core of the UK economy, more needs to be done to boost the supply of future housing stock across all tenures and particularly for those on lower incomes, according to Jeremy Blackburn (right), Head of Policy at RICS.

He commented, “The Conservative Party’s proposal last week to extend Right-To-Buy will help relatively small numbers of tenants to move into home ownership, without doing anything to solve the shortage in overall housing supply.

“The proposed brownfield fund is a welcome means to unlocking land supply for more houses to be built in the next Parliament however it still falls short of a comprehensive housing strategy.”

Mark Riddick, Chairman of Search Acumen, a property search firm, believes that the continuation of a market cooling into spring is a sure indication of general hesitation that comes prior to elections.

“A possible hung parliament in May could actually prolong the market flatline until a stable Government is established,” he said.

Riddick continued, “With currently low supply of housing stock, price rises are expected in the next three months, which could have a detrimental impact on market growth in the second half of the year. Conveyancers remain optimistic that while growth may not parallel 2014 levels, there will be greater activity once we cross the election threshold.

“In the meantime, the state of the housing market should serve as a signal to all parties that initiatives such as the Help to Buy ISA or the Tories’ proposed Right to Buy are no more than plugged-in policy measures which do not solve the housing market’s core problems: lack of affordability and a scarcity in housing stock.”