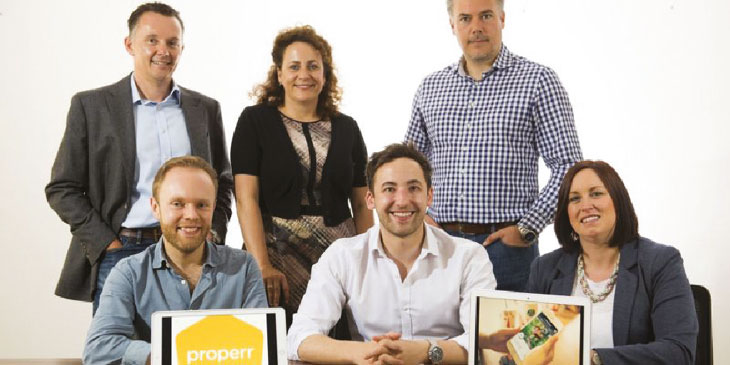 Proptech start-up Properr has received £850,000 to launch Track My Move, a platform which it claims will turn the UK home buying process on its head and reduce the standard sales transactions period from ten weeks to two days.

Track My Move brings together customers, agents and solicitors on one platform that makes buying and selling a home more transparent.

Benefits claimed by the company for estate agents include reducing administration and improving cashflow and in return pay a subscription fee to use the technology.

For buyers and sellers, track My Move aims to reduce the stress of moving house, as all the relevant information is held in one place, online and accessed by everyone involved from any device and know at the touch of a button how their house purchase or sale is progressing.

Owen Derbyshire, CEO and Steve Talbot, CTO, have already signed up independent estate agents across Wales ahead of its national roll-out.

Finance Wales, one of the UK’s largest regional SME investment companies led the round, with additional private investment from successful investors including Ashley Cooper, co-founder and director of Catalyst Growth Partners.

Properr, which was founded in December 2015 and is based in Cardiff, says it expects to sign up 1,000 agents during the next 12 months, and eventually have up to 6,000 agents using its software.