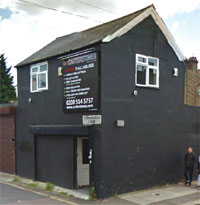 Carter Stones Limited of 1A Connaught Road, Ilford, IG1 1RL has been expelled from the Property Redress Scheme after failing to make awards totaling £15,406 to four complainants.

The decision to expel this agent from the scheme began following complaints from landlords and tenants. All of the complaints were similar in nature, relating to delay and/or failure in paying money owed to the complainants and poor or non-existent service.

Sean Hooker at the PRS said, “Failure to pay an award, however large or small, is a serious breach of our Terms of Reference. Agents must not assume that the complaint will go away if they remain silent and refuse to engage with the scheme.”

Paul Shamplina, member of the advisory panel of the PRS said, “Having been instructed by complainants who have not had their complaints resolved, I was shocked to discover Carter Stones are still trading out of the same premises with a slightly different name – Carter Stones Practical Living.”

One landlord who filed a complaint against them said, “They made a complete mess of the management of my property, purposely it seems, illegally sub-letting, not registering rent security deposits and defrauding me out of £8,928 of rent, £745 fees/ charges and security deposit.”