It is estimated that the private rented sector (PRS) will account for 20 per cent of housing stock by 2020. 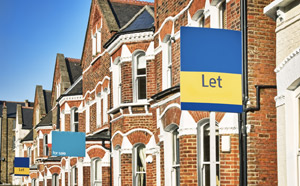 The private rented sector (PRS) is expected to increase by 700,000 households to 5.5 million by 2020, accounting for one-fifth of the total housing stock in this country, according to a new report.

A fresh study on the buy-to-let sector by Kent Reliance finds that the PRS now accounts for 18 per cent of all housing stock, after almost 150,000 new households were added to the PRS in the year to March.

A higher number of buy-to-let investors entering the market coupled with capital growth have led to an average rise of 11 per cent in the total value of PRS property, or £97.8 billion, to £990.7 billion, with gains led by London, at £406.5 billion, followed by the South East at £147.6 billion.

Andy Golding, Chief executive, Kent Reliance, said, “Buy-to-let has come of age, moving from a niche asset class to one big enough to rival the stock market. Landlords are seeing the benefit of a structural change in Britain’s housing market, with tenant demand ever strengthening. Yes, house prices are showing signs of steadying somewhat, but growth remains brisk.”

If recent growth continues, the whole sector is set to be worth in excess of £1 trillion by the end of next month and in the region of £1.45 trillion by 2020.

David Cox, Managing Director of ARLA, said, “It is interesting that we have seen an increase in the amount of landlords selling their buy to let properties in the last month, which is likely to have been a result of political uncertainty. We know that Labour’s plans within the PRS were unpopular for many landlords and agents, so this increase in those selling their buy to let properties may have been a knee jerk reaction to the possibility of Labour’s proposals coming in to practice.”

Following the General Election result last month, nine in ten ARLA letting agents were happy with the outcome of a majority Conservative government – with almost all agents – 95 per cent – believing the result is good news for the PRS.

Meanwhile, a new buy-to-let investor portal has been launched this week.

Founder of Buy2Let.com, Martin Wilkinson (left), commented, “We are delighted to launch the first and only B2B property listings portal dedicated to the buy-to-let market. Buy2Let.com is designed to be the perfect marketing partner for agents to reach investors directly, and encouragingly, it seems our panel of forward-thinking early adopters already recognise us as such.

“We appreciate that some agents and developers simply don’t have the time to dedicate to the investment market, and we know that the current property portals simply do not cut it when it comes to marketing to investors – they are designed to sell solely to the owner-occupier market.

“Alternatively, Buy2Let.com provides the crucial pieces of information that investors need to make a purchasing decision – uniquely, the portal allows them to search for and identify opportunities by annual rental yield, as well as categorising each listing as vacant, instant rental – or tenanted, and HMOs. No other portal offers this level of insight or comparison, because they are not intended for the buy-to-let property investment market.”