Nigel Lewis wonders if the Government’s exciting initiatives in building and regulation are actually a veiled attack on the private landlord and letting agent. 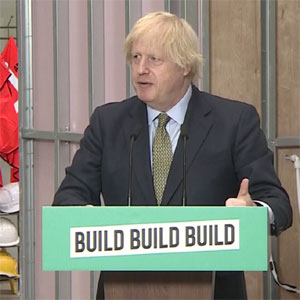 Lettings agents aged over 50 years old will remember fondly the days when the government was on their side. Legislation covering the property industry was thin on the ground and the housing market was rarely a major issue in national newspapers, except when the sales market crashed, which it tended to during the 1980s and 1990s.

But one of the most unusual elements of the past few Conservative governments since Labour was ejected from power in 2010 is that a party that used to be seen as the ‘landlord’s friend’ has slowly and imperceptibly turned against its former pals.

Why this has happened is an issue that’s rarely aired in public. How can a political party that used to align itself with property owners have turned so aggressively against landlords and the agents who manage properties on their behalf?

Ironically, the failures of successive Conservative governments (and Labour ones before them) to build enough homes has come home to roost. The private rental market, which was once seen as the industry’s Cinderella sector but is now a stable income earner for most agencies, has grown enormously over the past decade.

Official statistics show 4.4 million people or 19 per cent of all the UK’s households rent their homes privately, up from 14 per cent in 2009/10, although it’s down from last year by one per cent. This shows the Government’s lavish funding of first-time buyer newbuilds and underwriting of mortgage lending (including its 95% LTV scheme) are working, albeit slowly.

All the experts I have talked to say the current Conservative policy of being pro-tenant and anti-private landlord are a mixture of three influences. The first is the David Cameron/Theresa May period, during which it dawned on their administrations that renters had become a major political force, able to swing key marginal seats, particularly student dominated towns and universities. When May only narrowly won the 2017 election, polls consistently showed that renters were key to several shock losses for her party, including most famously Canterbury, which turned Labour after decades being represented by a Conservative MP.

The Conservatives learned hard lessons from this near defeat – that ignoring renters could cost them the next election, and it is this that has spurred on successive housing minsters to tax and regulate landlords harder, and commission the RoPA report.

The second influence is the long-standing belief among Conservatives, sparked by Margaret Thatcher’s success with Right to Buy, that people who own their homes are more likely to vote for them – and that renters tend to be Labour leaning.

And lastly, and perhaps most importantly, is the influence of Shelter. Started in 1966 to champion the cause of the millions of people who then lived in the UK’s un-reported urban slums, it has grown into a large and influential charity. It is also a key driver of many governments’ housing policies including the current one.

For example, it influenced the establishment of mandatory deposit protection schemes, the lettings fees ban, the ‘No DSS’ portal ban, the fitness for human habitation legislation as well as the successive evictions bans that have been implemented during Covid. Its most recent annual results reveal donations of £37m, government and local government grants and contracts of £18.3m which, together with other income including from its charity shops, a total turnover of £67.4m.

It also holds the enviable position of being both funded by the public purse via its social welfare contracts, while at the same time being an influential lobbyer of the Government. It therefore makes mincemeat of trade associations like Propertymark which, although it possesses good government contacts, has nowhere near the resources and ‘embedded’ status that Shelter has. By comparison, Propertymark’s membership revenue for 2019 was £3.5m.

Shelter’s driving force is to be the champion of tenants, pointing out justifiably that for too many decades renters were at the mercy of unscrupulous landlords and agents. For example, until tenant deposit protection became mandatory, many renters half expected their deposits not to be returned at the end of a tenancy. But there are many within the property industry, and particularly landlords, who believe the pendulum has swung too far the other way.

There are growing mutterings that Ministers now have a thinly disguised desire to erase small-portfolio landlords entirely from the housing market, encourage large ‘professional’ corporate portfolios and help the growing number of US-style build-to-rent operators in the UK. And more recently there have been complaints that RoPA, which is applauded by Propertymark, will encourage a ‘closed shop’ industry by via burdensome training and compliance costs.

There is no question of the housing market returning to the Wild West days of the 1980s and 1990s, but the Conservative’s belief that renters should be encouraged into ownership at all costs will eventually severely impair letting agents’ and landlords’ ability to make a living in the coming years prior to – and probably after if Boris wins again – the next election in 2024.