Copy on its website have now been replaced by details of its UK buyers' database following a complaint from a member of the public.

Purplebricks has removed copy on its website that suggested viewings were included in its fixed fee offering following a complaint made to the Advertising Standards Authority (ASA).

The person complaining challenged whether the section on its website that said “viewings – we take care of them all” was misleading.

This offending copy was on a box on its homepage (see below) which then linked to a separate page that only then clarified that vendors must pay an additional one-off fee to have viewing of their property managed by Purplebricks. 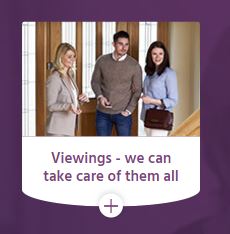 The ASA approached Purplebricks with the concerns about the claims made on the site and the company subsequently agreed to “amend the section”.

This has now been replaced with a pop-up box of copy that highlights how the company has one of the “UK’s largest databases of buyers”.

The latest ASA intervention comes just over a month since a BBC investigation into the company by both the Your & Yours radio, and Watchdog TV programmes into the company.

These looked into both claims made by Local Property Experts about the number of homes they listed every month, and that details of how the company arranges for customers to defer their fee until after a sale could be in breach of consumer protection and trading regulations.

Shares in Purplebricks plummeted dramatically following the BBC radio and TV programmes, dropping by nearly 6% in one day, and despite a rally a few days later in its share price, dipping by 20% during August before recovering again recently, but only to its June share price.