Despite the Scottish government raising record revenues from property sales in 2021, more investment is needed in the buy-to-let sector to keep up with demand. 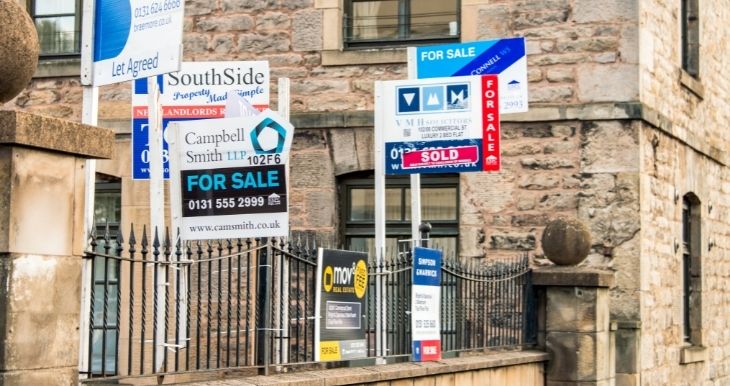 As latest figures reveal that Scottish property sales have produced record revenues for the Scottish government, the private rental market in the country is facing considerable shortages.

Despite second home and buy-to-let purchases raising £166.7m in 2021 – 66.5% greater than in 2020 and 45.9% higher than in 2019 – one of Scotland’s leading agencies, DJ Alexander Ltd says that an increasing demand for workers means there are fewer rental properties available.

The ONS reported today that vacancies reached a record high between October to December in the first data to be published which excludes the impact of the furlough scheme. Yet Rightmove is currently showing just 376 properties available to rent in Edinburgh compared to over 600 in August and 1900 as recently as June.

David Alexander (pictured), CEO of DJ Alexander Scotland, part of the Lomond Group, commented: “Our firm would normally have around 190-200 properties available at any one time, but we currently only have 43. Enquiries continue to be at record levels and, even though we have new properties coming on the market every day, there is little sign of the demand abating.”

His comments come as the land and buildings transaction tax (LBTT) figures published this week suggest that investment in rental properties was higher than even pre-pandemic levels, but as the economy recovers and many EU citizens will return to the UK for work, Scotland needs more landlords and properties to come onto the market.

“This will undoubtedly result in a substantial increase in demand for rental properties as more workers return from other parts of the UK and abroad,” added David. “This increase in demand will stretch the sector unless more landlords and more properties come into the market. There are many landlords who left long-term letting and moved to short term and holiday lets at the start of the pandemic. This could be the time to return when demand is outstripping supply and we face a severe shortage of suitable property in some parts of Scotland.”

As of December 2021, the annual rent increase in Scotland stood at 7.4% but potential rent controls remain on the horizon, potentially putting off would-be landlords.

A slowdown in sales?

In addition to the revenues generated from second homes and buy-to-let properties, Scottish property sales to homeowners raised a further £410.1m. This represents a 77.1% increase compared to 2020 and a 45.7% rise compared to the £281.4m raised in 2019.

Daryl McIntosh (pictured), Policy Manager at Propertymark, commented: “The Scottish Government’s latest Housing Market Review demonstrates that market activity remained high into the third quarter of 2021, with transactions up by 12.0 per cent relative to the four-year average for the same period (2016-2019).

“The figures show a buoyant and sustained sales market beyond the end of the Land and Building Transaction Tax holiday which ended in March 2021 and suggest that there is still a propensity to move for many.”