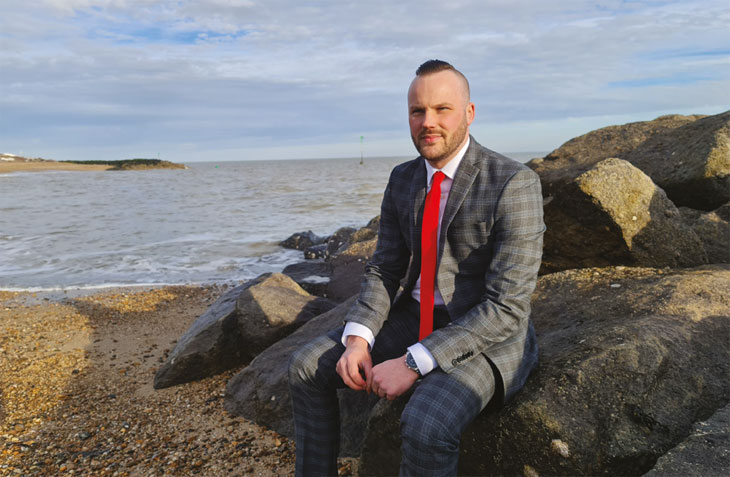 Former Haart estate agent, Stuart McGregor, has fulfilled a long-standing ambition to set up his own independent agency in Clacton. Red Rock Estate Agency, based out of Oak Business Park, is among just a handful of new or expanding independent firms while many have struggled to maintain a high street presence. The pandemic delayed Stuart’s plans to launch his first branch in Clacton but the agency finally opened in April and already has a team of six, with two more due to join the team in the coming weeks.

Frustrated by the strict structure of corporate estate agency, the father of three wanted to do things differently and create a flexible and enjoyable house buying experience for both staff and clients under a unique brand.

“How we look is perhaps not everybody’s cup up of tea but I want us to be seen as normal human beings, with personalities, that people can relate to,” says Stuart.

“I also wanted to create a working environment which is fully enjoyable for the people that I work with… allowing them to decide how and where they chose to work is what we call Estate Agency for grown-ups!”

Stuart has also committed to giving back to the Clacton community via The Red Rock Foundation. “It allows us to support local charities, organisations and groups by way of funding,” he said.