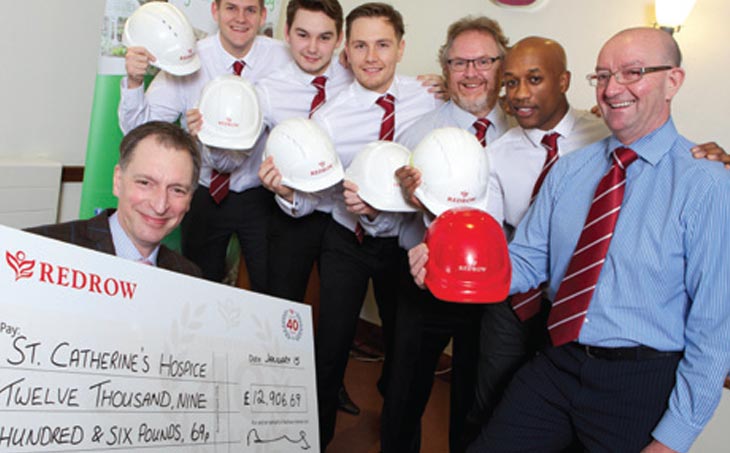 A central Lancashire hospice has received a donation of £13,000 from sta at Redrow Homes, giving the charity a major boost.

Redrow’s gift to St Catherine’s Hospice, in Lostock Hall, will support its valuable work with people across the region who are affected by life-shortening conditions.

The house builder has spent 12 months raising money across all its divisions in a ‘charity challenge’ to mark the company’s 40th anniversary.

The Lancashire division, based at Buckshaw Village, near Chorley, chose St Catherine’s Hospice as one of its charities and, thanks to a Sportsman’s Dinner, was able to hand over a cheque for £12,906.69.

Senior Fundraiser Lynne Whittaker said, “We simply could not generate the funds we need each year without the support of fi rms like Redrow.”