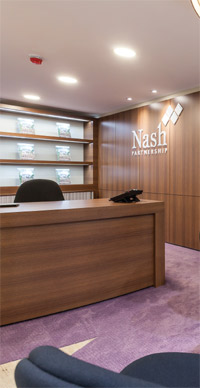 The company is in its sixth year of trading but founder Ian Butcher had been working in Barnsley since 2000 and, after nine years working for a local partnership, decided to go it alone with his wife Anne. They have two branches, one in Barnsley and the other in Penistone to the west of the town.

“We’re middle and top end and although we do deal with smaller properties they are not our main market,” says Anne.

Ian and Anne deal mainly with detached three bedroom houses – particularly at their Penistone branch. She says they are mainly focused on sales but started up their lettings service because they kept picking up business by word of mouth. “But the lettings side is really growing now,” says Anne. “It’s a nice healthy source of extra revenue.”

The number of agents in the area has increased dramatically over the past few years so there is “quite a bit of competition in Barnsley”, says Anne. These range from very traditional agents like Butcher Residential down to developers and property managers who’ve gone into selling and renting homes.

We realised that we needed to work a bit harder to attract vendors and a brand refresh was one way to do that. we needed to stand out a bit more. Anne Butcher, Butcher Residential.

Last year was an “absolutely storming” year for Butcher Residential and Anne says they would have done a brand and branch refresh earlier if they hadn’t been so busy.

But this year, like the rest of the UK, there’s been fewer houses coming to the market in Barnsley while local competition has been growing stronger.

“This forced the issue for us and we felt we had to do more to increase our presence in the market so I started looking at who could help us do that,” says Anne.

“One danger of this kind of project is that you can try and do them by yourself but it’s just not your area of expertise, and so I found Barnsley-based Cream Consultancy. I liked them because and they stood out and understood our values. “It worked because there was good communication in both directions and they could understand what we were thinking and they were very clear about what they could do for us.”

Cream Consultancy put Butcher Residential through a re-branding exercise and then redesigned its logo, internal signage and overall corporate identity – including a refresh of its two offices.

“It wasn’t that expensive; we rebranded the internal and window property displays and that brought the offices into line with what we had been doing in the local paper so that we’re consistent across the board,” says Anne.

“Things had been flying off the shelf without us having to try to hard previously, but when it went quiet after the election we realised we needed to work harder to attract vendors and a brand refresh was one way to achieve that.

“Also, the local corporate branches of the national chains are always very aggressive in their marketing, so we had to do something to stand out a bit more.”

This business was established by Daniel Nash in 1996 after he did several stints locally for both independent and corporate agents. He says that, like many young agents he was “arrogant enough to believe he could do it better” and he’s been proved right.

Daniel Nash now has two branches – one in Tring and another in Berkhamsted employing 15 people between them.

On the sales side Daniel Nash deals mostly in the mid to upper markets, which on its patch means £500,000 to £1.75 million. Berkhamsted is a wealthy London commuter town with a railway at its centre while Tring, although just five miles up the road, is more of a village. Both are to the west of the area’s nearest town, Hemel Hempstead.

Berkhamstead and Tring both have lively lettings markets. Daniel says that “since 1998 there’s a been a very big change – it’s now less about people who can’t afford to rent but rather the people who choose to rent”.

Of course, the cafe approach is very swish and cool but we thought Tring wasn’t the right place to do that, it’s quite traditional here. Daniel Nash, Nash Partnership.

“It’s a more sophisticated rental market where the average tenants are almost middle-aged but are doing it because it serves a purpose for where they work; for them it’s London now but could be another city or even country next.” 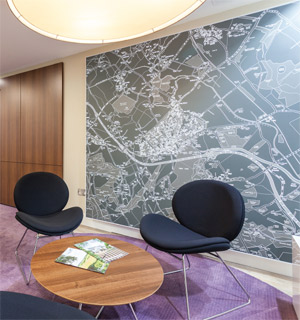 The branch refurbishment was of the Tring branch, which for many years was housed in a Georgian Grade-II listed town centre building.

However, Daniel says his team always found it quite restricting because it was on two floors and filled with ten staff, so “everyone was either constantly emailing, calling or walking around just to communicate with each other.”

“Then recently a retail unit opposite became available and we took the lease and everything is now on one floor. The idea was to keep the property management and sales department apart because they are very different skill sets, people and jobs.”

This is the welcome zone, people know exactly where to go when they walk in!

Daniel is quite modest, so he underplayed quite how upmarket his offices now are, featuring acres of high quality wood panelling, frosted glass and serious-looking desks and meetings rooms.

“Tring needed a bit of a shake-up in industry terms; it’s a very small place with a lot of agents, which is because there’s a large catchment area around the village,” Daniel says.

“There were quite a lot of ‘tried and tested’ typical estate agent offices in Tring and not many had changed in 20 years ago, which isn’t unusual in the UK. So we tried to think differently and, after looking around we realised there were only two choices.

“These were either the traditional desks and chairs approach, or the ‘Foxtons café’ approach. But we didn’t want either of those. We felt there was a better way to go.

“Of course the café approach is very swish and cool but Foxtons did it years ago and anyway we thought Tring wasn’t the right place to do it – it’s quite traditional here.”

Daniel says he wanted ‘staff behind desks’ but in a less formal way, and zoned – so that it was clear to anyone walking in where they had to go. So there’s a large reception desk with three sales  negotiators sat on it – which is effectively the ‘welcome zone’. Then there’s a property management zone, sales area, meetings area, and an admin and management zone too.

“One of the things we wanted to avoid was this awful situation where people walk in and feel quite intimidated because there’s four or five negotiators all leaping out of their seats, and they almost panic like a rabbit caught in the headlights,” he says.

“We wanted it to be like a beautiful London hotel where you know exactly where to go first when you first arrive. So there’s isn’t a huge sign saying ‘reception’ but it’s clear where you go.

“We used Weybridge-based MPL Interiors to refurbish the office, who we employed after I did a lot of research and talked to several competitors of theirs. We found that MPL were the most prolific in estate agency refurbishment and had the best track record.

“We’re really happy with the Tring refurbishment and are in the process of getting MPL to do our Berkhamsted office now as well.” 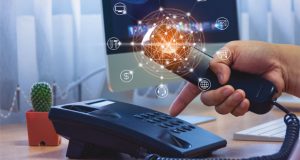 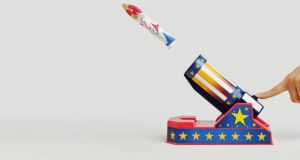 The Negotiator Conference – Tili’s behind it to help to support you! 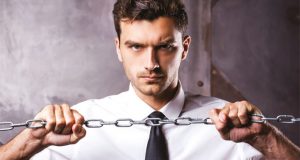