Each month we visit three agents across the country to discover what is happening in their business and local markets. This month we meet members of The Guild of Professional Estate Agents in Ledbury, Tring and Matlock.

The country town of Ledbury sits close to the Herefordshire/ Worcestershire/ Gloucestershire borders and benefits from good communications locally to the cathedral cities of Hereford, Worcester and Gloucester, whilst further afield Birmingham, Bristol and Cardiff are all within approximately one hour’s drive. 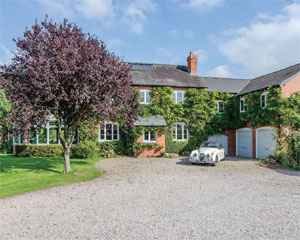 The town has a mainline railway station bringing Paddington to within 2½ hours travelling time. The town itself is Elizabethan in character featuring many town centre half-timbered buildings of great character.

John Goodwin was established in Ledbury 35 years ago and now has four offices based around the borders of the three counties region. The firm provides a general practice service covering residential sales and lettings, an extensive residential and commercial management portfolio, sales and lettings of commercial properties and a furniture saleroom based at the Three Counties Showground. The area has traditionally always supported a strong level of retirement demand, but is also supported by a wide range of commerce and business. The Malvern Hills provide a scenic backdrop and increasingly the area has become a popular tourist location.

Historically, new developments have been greatly restricted in the villages and market towns and has instead been more concentrated on the city areas. The development of Worcester University has had a great influence on the area and a technology based university proposal is now being promoted for Hereford.

2016 has not been an easy time for the property market in the area. The lead up to Brexit certainly had a dampening effect on both supply and demand and it was not until August that residential sales activity began to improve. The autumn months have been by far the best this year and sales levels are currently running at higher than average levels. The main problem for the market at the moment is the shortage of new instructions and as we end the year stock levels are at their lowest for many years. This is helping to maintain price levels which appear to be increasing now at approximately five to ten per cent. With interest rates at record low levels investor buyers have returned to the market.

Residential lettings have been relatively unaffected by the political uncertainty and again rent levels have increased by approximately six per cent.

Orchid is a leading independent estate agents with offices in Tring, Boxmoor and Watford dealing in sales, rentals and land and new homes acquisitions. The company was founded in December 2007. 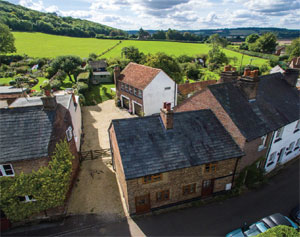 2016 has been a challenging market in the areas Orchid cover; prices have been static this year, which has been positive for first time buyers trying to get onto the ladder. In the main, prices have been resilient and following Brexit we had less than three properties re-negotiate or fall through which proves that most buyers were not perturbed by the outcome of the referendum.

The areas our offices cover are incredibly popular with North London buyers looking to commute into the city. We are served by the Euston line, which has kept the market relatively buoyant. Schooling is very strong in the areas we serve with some of the best primary and secondary schools, which is a big driver for buyers moving the area. Average selling times have lengthened throughout this year to 8-10 weeks from four weeks in 2015, which has allowed more opportunity for chain building. Our commission rates are negotiated and not a set structure depending on the clients requirements so they are tailored on an individual basis. Over 95 per cent of our stock is on a sole agent basis. Orchid particularly focus on the mid to upper end of the market. The average sale price in the areas we cover is £300,000 and our average selling price sits at £500,000.

It has been another strong year for our landlord’s rental properties. We have seen rent increases across the board and demand for rental properties is at an all-time high. Despite the changes with stamp duty for second home owners this year and taxation changes in 2017, most of our landlords feel the return on investment still outweighs the extra taxation that will be implemented as of 2017. We have also found that fees within the rental sector have been less effected by the online agents as most landlords see value in a local agent as they perceive local agents to be better placed to give advice on current market conditions and finding the right tenant, as opposed to just letting the property.

Sally Botham Estates is an independent estate agency based in Matlock on the edge of the Derbyshire Peak District National Park. With both a sales and lettings department, we are well placed to serve the surrounding towns and villages from a central Matlock office. 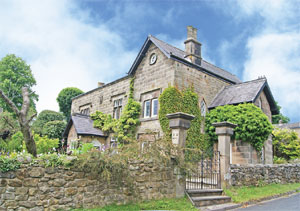 The Matlocks, as they are known, nestle in the beautiful Derwent Valley and consist of Matlock Bath, a Georgian Spa town, and Matlock, which rapidly expanded during Victorian times with the advent of the hydropathic movement and the coming of the railway, which still serves the town today. The town has many fine period homes and former hydro buildings now converted to other uses, including high quality apartments. The area remains a popular tourist destination with many of the villages being popular with walkers and holiday makers. Therefore, many of the delightful stone cottages are holiday lets and second homes. We are seeing an increase in new homes being built as the area continues to prosper and planning permission is granted.

Ideally situated only a little over two hours from London, Matlock is really on the up with great retailers coming to the town and some fabulous coffee shops, independent retailers and antique shops. Many families settle here as we have so many highly rated schools and it is a wonderful place for children to grow up.

We specialise in offering a bespoke service to a very diverse market from £80,000 for a one-bedroom studio apartment to £2,500,000 for a country home with land. Our expert team excel in providing a caring and dedicated personal service to both purchasers and vendors, as confirmed by the many ‘thank you’ letters and cards received from grateful clients.

The property market in Matlock is in good shape partly due to the area being a desirable place to live with good connectivity to most parts of the country. In our experience, house prices in the area remain fairly stable, with a healthy growth, even when other parts of the country may experience fluctuation.

A multi award-winning company, our agency has consistently been the market leader in the area over the last five years, thriving on our reputation for delivering exceptional service.