Sign in or Sign up
The essential site for residential agents
Home » Features » Regional report: How’s business in Brighton, Somerset and Shropshire?
previous next
Housing Market

Each month we visit three agents across the country to discover what is happening in their businesses and local market. This month we meet members of The Guild of Property Professionals in Wrington, Somerset, Brighton & Hove and Oswestry, Shropshire. 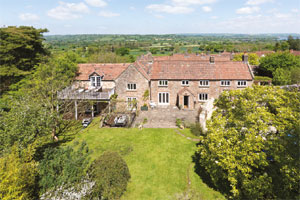 We enjoy selling a wide variety of properties from quaint chocolate box cottages to sprawling country homes, and everything in between. We have many excellent local schools, primary and secondary, making us a perfect choice for families wanting to raise their children in the countryside. Our strong sales team is complemented by a busy rental department which has achieved over a 50 per cent growth in turnover over the past 12 months.

2016 was a solid and successful year for both offices and despite the expected fall-out from Brexit and SDLT, we found that buyers were expediting their decisions to move home rather than delaying it and chose not to wait to see how the wider market reacted. One of the major factors that assisted with the strength in our core market was the continued lack of supply. The popularity and desire to live in the Chew Valley and Somerset areas has meant that once people have settled locally they tend not to move which, in turn, has resulted in high levels of interest in those instructions that do find their way to the marketplace.

Our rental department has certainly benefitted from this trend and we have found a good number of buyers are renting locally whilst they wait for the right property to become available.

We are fortunate to be in a location that has not suffered dramatically from online estate agents but are aware of their presence. We still feel that the professionalism, knowledge and experience that comes from a true local property expert far outweighs the offering of an online estate agent whose only USP is their cheap fee. Ultimately you pay for the service you get and the feedback we receive confirms this time and time again.

Competition in our marketplace generally comes in the form of other established independent agents and, whilst there is healthy competition in the region, we are delighted to have maintained our market share and market leader positions in both offices this year. We are proud to have continued our support of many local enterprises, clubs and events in 2016 and, since our foundation eight years ago, we have raised over £70,000 for local causes.

As for 2017, we expect more of the same and although transaction figures might decrease slightly with the pressure on supply, we feel the continued desire to reside in our beautiful countryside location will remain as strong as ever.

Woodhead Oswestry Sales and Lettings, an independent estate agent leads the way in sales and service for the local market. 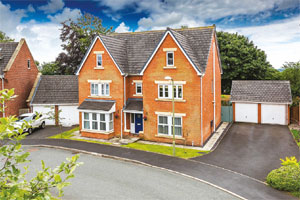 On the English border, only a few miles from Wales, Oswestry is ideally situated to attract those who love the great outdoors and the slow pace of life offered by the quaint market town. Combine that with comparatively low property prices and commuting distances to Manchester or Birmingham of one hour, it’s easy to see why the market here continues to grow steadily.

The team of nine includes owner and head of sales and valuations, Kate Howell, head of lettings Glenys Pritchard and Principality agency manager Kimberley Morris. The office also has a dedicated sales chaser and valuation manager as well as an accompanied viewer and listings officer.

A strong online presence through Rightmove, On The Market, the website and social media enables a wider audience to consider living in this area than ever before. Oswestry and the borders has a wide mix of housing types, with prices £100,000 for a two-bedroom Victorian terrace to £750,000 for a large property with land.

A lack of construction through the recession has led to a stock shortage for all house types. Building of new developments barely resumed in 2016, meaning new build properties can command a premium.

Higher priced properties over £300,000 take slightly longer to sell, in part due to salaries in neighbouring Wales being amongst the lowest in the country. However, we are seeing a pattern of buyers relocating from the city or returning to the area with their families.

Despite the threat from online agents last year, Woodhead has not been affected in terms of new instructions or enquiries. Local knowledge appears to be key when attracting vendors onto the market. Bad experiences with online agents seem commonplace, with vendors citing broken sales and escalating costs as the reason for them returning to a high street agent.

After 2016, the agency is preparing itself to expect the unexpected in 2017. But for now, it’s business as usual in Oswestry.

2016 What a year that was! So much happened in the country and much of it had a direct impact on the property market. In the market as we find it today, conditions are stable. 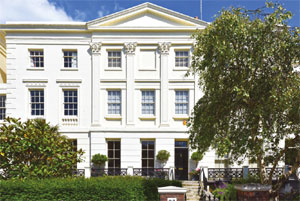 Brighton & Hove remains as popular as ever for various types of buyers, age ranges, and still, commuters, despite what sometimes feels like Southern Rail’s and the unions best efforts to discourage them! Demand remains steady, activity levels consistent and people would seem to have regained confidence any post Brexit decision shock has dissipated.

Buyers are still looking at our area as one of the best places to come once the decision is made to move out of the capital. Brighton and Hove continues to be referred to by many as ‘London by Sea’ and the wealth and diversity of culture that the city has to offer plays a big part in this. A vibrant arts scene is reflected in the famous Laines, while the city as a whole is increasingly becoming home to one of Europe’s most thriving digital and IT clusters. The strong consistent growth of our digital media sector alongside our arts scene, has lead it to become identified as a potential UK SuperCity with the potential for a huge growth in employment.

We have an extremely well established tourist market here with visitor numbers estimated at over 10 million per year, making Brighton & Hove the most visited destination in the South East. The fact that an estimated 30 per cent of the population of England lives within our catchment area demonstrates just how popular the area continues to be. The landmark new addition to the seafront last year, the British Airways i360 observation tower has already become a firm favourite with visitors and the iconic Royal Pavilion continues to attract more and more people every year.

With the market conditions changing in London last year, it seemed inevitable that we would see the market cooling off in our area, to some extent we have seen that last year, prices have been generally static, unlike some parts of London that may have gone backwards having perhaps got rather overheated.

Stock continues to be low, with interest rates remaining low, a stable 2017 is most likely what we can expect.