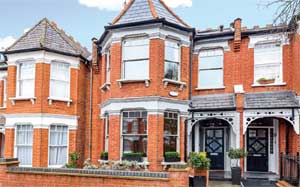 Muswell Hill, located between Highgate Woods, Crouch End and Alexandra Park, has a more village-like feel compared to other London suburbs, and is very much known for its café culture. As the name suggests, much of the area is elevated, offering stunning views towards the central London skyline.

Most activity in Muswell Hill centres on the Broadway, which still retains a lot of its historic Edwardian and Victorian architectural charm. It caters to many shoppers and has a great selection of independent retailers and grocery stores, including Waitrose, Marks and Spencer and Sainsbury’s. The Broadway also features well-liked restaurants such as Côte Brasserie and Carluccio’s, as well as many independent cafés, cementing Muswell Hill’s reputation. Other attractions include the historic Odeon cinema, which is situated at the end of the Broadway, and Alexandra Park, a local nature reserve.

Muswell Hill has some of the best schools in the country, which is one of the main reasons why families relocate to the area. As well as families, buy-to-let investors also dominate the property market here. Grand Avenue, which showcases some of the very best of Edwardian architecture, is popular with families, while Hillfield Park, located close to the Broadway, excites many tenants due to its stunning views.

The sales market has seen a lot more activity in recent weeks following the General Election, with some buyers paying in excess of the asking price. However, property prices are quite varied, with one-bedroom apartments costing around £400,000, three-bedroom family homes reaching the £1million mark and four-bedroom homes ranging between £1million and £1.6million.

The rental market is also buoyant and dominated by families looking to get their children into local primary and secondary schools, however, young professionals are also attracted to the area for its café lifestyle and competitive rental prices. The average price for a two-bedroom fl at is around £350-£400 per week, while a family home can exceed £1,000 per week. At present, the rental market is very fast paced, with properties generally only staying on the market for two weeks before going under o er. Additionally there are two large new developments opening north of Muswell Hill, which is likely to see increased activity from buy-to-let investors.

While there is no tube in Muswell Hill, there are excellent connections to Highgate, East Finchley and Finsbury Park underground stations and the W7, 43,144 and 102 buses all regularly service the commuters of Muswell Hill.

At just over 12 months old, Ascend is a young, vibrant estate and lettings agency in Manchester. We were founded on the belief that we could push the boundaries of a traditional agency and we frequently rank the top of the Manchester agent reviews month-on-month. 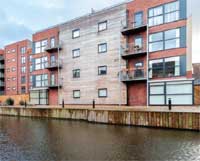 The property market in Manchester is certainly experiencing a boom at the moment, mainly due to the lack of stock on both the sales and lettings side. Demand is far outweighing supply,  particularly for one-bedroom units, and this is almost creating a frenzy with prospective tenants.

First time buyers are flocking back to the market due to the growing confidence in property prices and the financial landscape. However, lack of stock is a real issue. Many developers are concentrating their efforts on purpose-built schemes and focusing on off-plan deals to overseas investors. Whilst this will no doubt create new stock for the rental market, first time buyers will find slim pickings on their property search. Stock levels do not look likely to increase to the levels needed until around 2018, so the market looks set to continue to be starved of supply for the foreseeable future until developers get their schemes o the ground.

City centre properties are still top of tenants’ wish lists but obviously attract a higher rental figure than those just outside. Most properties with an easy commute and good transport links are let within two to three days of entering the market. As the rental market is so hot, the number of ‘open house’ viewings we have organised have increased three-fold as landlords not just seek to secure a tenancy, but also find (and fully vet) the best possible tenants. What initially started as a U.S. craze has quickly made its mark on the UK property scene in the North West of the country.

Naturally, this time of the year attracts an influx of foreign students to the market ahead of the new academic year, and we have to gear up for this demand as the market heats up. As we love to embrace digital technology, our team have accommodated FaceTime viewings as a result of the need for tenants to secure a property and this method is becoming increasingly popular.

Overall, the Manchester housing market is flourishing right now and there are not any signs of this changing any time soon.

The average asking price in Rushden is just over £203,000, below the national average, while the number of properties on the market in Rushden has fallen by almost a quarter over the past year. Such figures should indicate a reflection of national trends, i.e. a drought period causing rising prices on a local level. But is this actually the case? 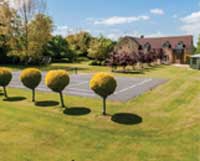 Despite national press reports, we saw major price growth in the first four months of 2015 – pre-election. Sales were quickly agreed, often above asking price. However, in recent weeks, we have seen prices stagnate, or possibly soften in the higher price brackets. Much of the stock on the market has been overpriced by agents and is in need of a price reduction to see any action. Nevertheless, highly sought after properties coming on to the market in certain price brackets are still selling quickly, and more often than not at asking price.

We have seen a range of sales agreed over the last three months, including flats, houses, modern, character and refurbishment properties. The price range has extended from £105,000 to nearly £400,000. Interestingly, our volume of sales transactions has increased by 17.2 per cent in the first half of this year compared to the same period last year.

According to Rightmove’s latest House Price Index, the average selling time nationally is 65 days – just over nine weeks, whereas, here at Charles Orlebar, our average is seven weeks. While I am delighted at the results of our hardworking sales team, we are still need of more houses to sell for waiting buyers.

Now is the time when our vendors need an agent with a clear strategic marketing plan; the challenge is to achieve the best possible price. We are consistent in our approach, and it is certainly paying off . Straight talking advice, a defined marketing strategy, social media campaigns and an associated office in Park Lane, London, all work together to ensure that we are continually successful. 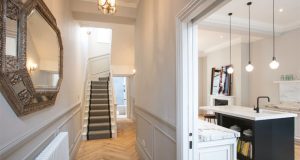 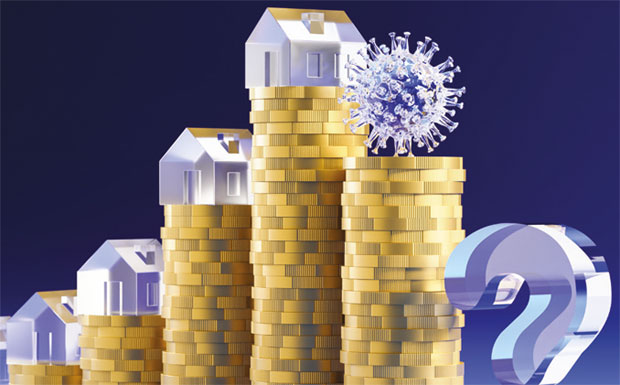 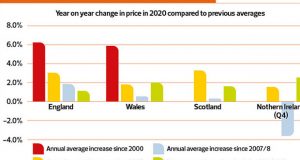