Each month we visit three agents across the country to discover what is happening in their businesses and local markets. This month we visit Kent, London and the Isle of Wight. 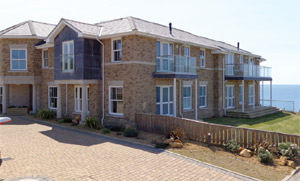 The Isle of Wight is England’s largest island and its smallest county – but only at high tide; at low tide, it is nudged into second place behind Rutland in the east Midlands! Separated from the mainland by the Solent, the island has 60 miles of coastline, with sandy beaches, chalk downs and wooded natural harbours. I cover it all with no negotiators or admin sta and my showroom is based in Cowes.

The island’s main industry is sailing, generating around £2.6 billion a year in GDP. Cowes Week, the world’s oldest sailing regatta and the biggest of the Isle of Wight’s many regattas, sees the island’s population of 138,000 swell by 70-100 per cent thanks to the influx of competitors, spectators and holidaymakers.

Sailing has been drawing homebuyers to Cowes, on the north coast of the island, for many years, helping the area to weather the economic downturn better than most.

House prices slumped 25 per cent between 2008 and 2009 across the Isle of Wight and, despite tentatively rising since then, are still shy of their pre-slump peak.

Homebuyers’ perception of the Isle of Wight as a summer playground is still strong, especially in towns such as Bembridge and Seaview, which all but close down in the winter.

Most of my sales last year were seafront and coastal apartments or small lock up and go marina based homes with moorings; between 90 and 95 per cent of my buyers are mainlanders. I am seeing more returning expats, people who perhaps either grew up here or used to holiday on the island coming back to retire or work from home, perhaps commuting to London one day a week.

The commute from London is reasonable, with fast trains from Waterloo taking 70 minutes to Southampton, where several different ferry options can take passengers to the north of the island in 25 minutes.

The year always starts o with a bang for us with the London Boat Show at ExCel (9th-18th Jan 2015) Waterside have had a large stand at the show for many years, and as a franchise owner it’s another great piece of marketing that I’m able to utilise. Not only does the show generate good leads, it is an excellent way of gaining instructions!

The storms and floods in February 2014 seemed to put everyone o a waterfront home for a couple of months, but as the sun came out and the days grew longer I was quickly back to taking enquires and agreeing sales, with the West Wight proving to be a popular destination.

The summer holidays are always a slightly quiet time for sales, but this trend continued well into October 2014, but thankfully the last couple of months have seen an unseasonal surge in activity. The market is still price sensitive, and buyers are still very cautious, with every sale taking a little longer to put together.

I expect the months leading up to this year’s General Election to be difficult, however the changes on stamp duty have already had a positive impact, let’s see what it does to prices. 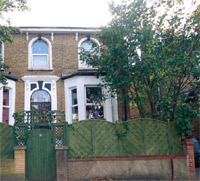 Croydon offers the best of both worlds; it’s leafy in certain little pockets but also very central being only 10 miles from central London. To add to this, Croydon is about to undergo a massive regeneration which will spark additional interest in the area, particularly from investors and working professionals.

Over the next few years, Croydon’s two main shopping centres will be replaced by a Westfield shopping centre, transforming it into an exciting place to shop, work and live in south London. There is going to be a minimum of 8,000 new jobs expected once the shopping centre has opened, which means that many people will relocate to Croydon.

Regardless, Croydon has always been a great place to live with excellent transport facilities including its unique Tramlink light rail system. Croydon boasts four main train stations, one in the east, south, west and in Waddon, and it’s also within easy reach of the M25. All this, coupled with the fact that the area is famous for the BRIT performing arts school, as well as being home to numerous private schools that include the Royal Russell Whitgift, and the Surrey Street market, one of the oldest markets in London and one of Croydon’s best known features.

The sales market in Croydon has been buoyant recently and we have been predominately seeing first-time buyers and buy-to-let investors making a purchase. Demand from this sector of the market is very strong at the moment and I believe that this will continue during 2015, and will then surge as the regeneration starts to really take effect.

Levels of demand in general have been high and the majority of properties have been selling within the first or second week of coming onto the market. We have also been receiving a lot of multiple offers on the same property often at or very close to the asking price.

In the more affluent areas and roads prices can go up to £1.5 million and slightly beyond. 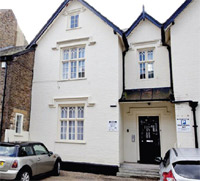 The market in Maidstone, a thriving market town, started 2014 with a bang. This was partly fuelled by reluctant landlords taking the opportunity to sell as with prices having returned to 2008 levels they were no longer selling at a loss.

The market has slowed since the summer. Nevertheless, price rises have been healthy with Maidstone prices rising by 11 per cent leading to an average price of £298,000. The market is still affected by the difference in expectation from what venders expect and what buyers are prepared to pay.

Maidstone falls into the acceptable commute area for those working in London and we get more and more enquiries from people priced out of the London market. This is for both sales and lettings with rents rising steeply in London. Investors see the Maidstone area as a likely place that will see greater yields on investment properties.

The rental market has consistently been buoyant with the difficulty being a general lack of new landlords rather than any difficulty in renting properties. Seekers are one of Kent’s largest independent letting agents but even so we rarely have more than a handful of homes looking for tenants, with most properties being let within three viewings. This is excellent news for landlords who are looking to expand their portfolio and our investment division provides advice to landlords looking to maintain their yield. We believe our business grows due to the individual service we offer.

Looking to the future, there has been little new building since the economy crashed but with an improved economy, greater demand for property and little new stock, this can only lead to higher prices in the next few years. 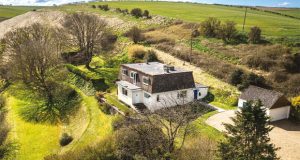