But Chief Executive David Cox warns that trend will be reversed as landlords pass extra costs on to tenants after fees ban next year .

The number of private rented sector tenants negotiating rent reductions has jumped to the highest since records began, it has been revealed, driven by an increase in stock levels during the run up to the festive break.

The Association of Residential Letting Agents, which conducted the research via canvassing firm Opinium, says 3.7% of tenants negotiated a rent reduction last month, up from 2% during September.

This is the highest ratio recorded since ARLA began collecting rental supply and demand data in 2015.

The number of landlords increasing rents has reduced, too. In August ARLA says 40% of its member agents reported landlords hiking rents, a figure which has now dropped to 24%.

This appears to be driven by an increase in rental stock. ARLA says the average number of properties available per agent has increased year on year by 9% and stood at 198 properties last month.

Demand is also not keeping up with supply. ARLA says that on average the number of tenants chasing these 198 properties is 71, up from 63 in September.

But ARLA’s Chief Executive David Cox (left) says these rent reductions are likely to be seasonal and that rents will ‘creep back up’ in the New Year.

“There’s no real way of avoiding it unfortunately – with landlords facing continued regulatory change, increasing costs will be passed on to tenants,” he says.

“Those who don’t pass the costs on will eventually have to exit the market, which will increase competition and boost prices. It’s the ultimate ‘lose, lose’ situation.” 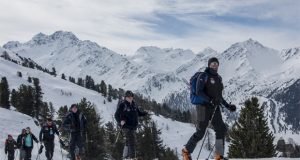 What you do this for charity? Phil Spencer to climb 8,848 metres in four days on skis