Rents agreed in September were 3 per cent higher than a year ago, New data from the September HomeLet Rental Index reveals, but the pace at which rents are rising is continuing to slow, as landlords strive to ensure that tenancies remain affordable.

The Index shows that tenants signing a new tenancy in September agreed to pay on average, £910 a month, compared to £884 in last September. Scotland was the only area where rents fell.

Rent inflation slowed significantly in recent months, in March, rents were rising at 4.5 per cent a year – now they lag the speed with which house prices are rising.

While landlords are able to command higher rents than a year ago, rents on new tenancies were lower in September than in August. In the UK as a whole, rents fell by 0.8 per cent, with 10 out of 12 regions of the UK registering dips.

Landlords and tenants are now waiting for firm trends to emerge. The slowing pace of rental inflation in recent months may suggest that landlords are determined to be restrained, avoiding increases that make their properties unaffordable to tenants.

On the other, many landlords face cost pressures – April’s increase in SDLT on buy-to-let purchases, for example, has raised acquisition costs; and from April 2017, reductions in tax relief for investors will start to affect them. Whilst seasonality might be a factor, the extent to which landlords will be able to continue absorbing these cost pressures will depend on a number of factors, including the future direction of interest rates.

For now, however, the HomeLet Rental Index suggests that landlords are holding back from significant rent increases. In areas such as London and the South-East, previous hot spots for rental price inflation, that restraint is particularly noteworthy. Rents in London increased by 3 per cent in September, exactly in line with the national average, having previously run well ahead of it. In the South-East, meanwhile, rents dipped 2.6 per cent in September compared to August, a more significant fall than was registered anywhere else in the country. 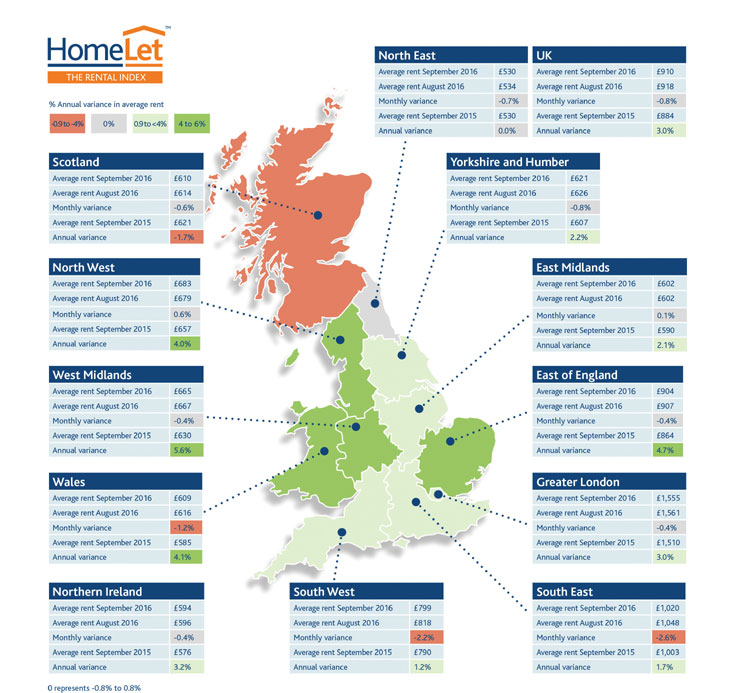 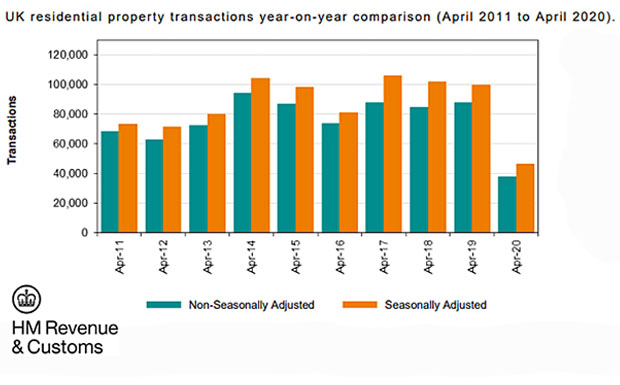 Housing transactions drop by 53.4% during April, but over 50k sales still completed