Latest lettings Index has identified a fall in tenants’ negotiating power when renting a new home. 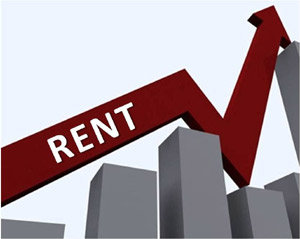 Rents rose by 3.2 per cent to an average £926 per month in February compared to the same time last year, the latest figures show.

The Countrywide monthly Lettings Index for February has identified a fall in tenants’ negotiating power, with the average home in the UK let for 99.9 per cent of the asking rent, the highest such value since 2007, just before the global economic downturn.

This figure is highest in London where the average let was agreed at 100.9 per cent of the asking price while it was lowest in Wales at 98.7 per cent.

With demand continuing to heavily outstrip the supply of private rental homes, one in five of those renting in the capital pay more than asked for to secure a property of their choice. This equates to £94 a month over and above the asking rent against a UK average of £44 which, over the course of a typical 17-month tenancy, works out to be an additional £1,578 in rent for the average Londoner.

Rental price growth in London has unsurprisingly outstripped all other parts of the country since 2007, with rents 34 per cent above their pre-recession record compared to12 per cent across the UK as a whole.

As was the case in 2015, rents are growing at the fastest rate across the South of the UK. The South East saw growth of 5.8 per cent, the South West up 4.8 per cent and Greater London up 4.2 per cent above the UK average.

In contrast, the Midlands (1.1 per cent) and the North (3.8 per cent) both saw rents grow more slowly.

Johnny Morris (left), Research Director at Countrywide, said, “The combined effect of growing numbers of people renting and a lack of supply has seen tenants’ ability to negotiate diminish. Tenants are having to compete more often and with more people in order to rent the home they want, meaning they need to offer more money in order to push ahead of the crowd.”

Meanwhile, the volume of tenants in serious rent arrears dropped in the final quarter of 2015.

According to the latest data from Your Move and Reeds Rains, 1,500 households have moved out of serious rent arrears, a 1.5 per cent quarter-on-quarter improvement.

However, on an annual basis the number of tenants in serious rent arrears remains 19.5 per cent higher than in the corresponding period in 2014.

Adrian Gill (right), Director of Your Move and Reeds Rains, said, “Private renting is still absorbing thousands of extra households every month – housing millions more than just a few years ago. As this tenure of housing and this way of living grows, affordability is the issue that goes hand-in-hand with questions of capacity.

“An individual tenant is still extremely unlikely to fall into serious rent arrears. In fact the proportion of renters getting seriously behind on payments has dropped considerably over the longer term. But absolute numbers are now going the right way too. With fewer people at risk from more serious consequences of struggling to pay the rent, this is great news.”