Rents rise at a slower pace 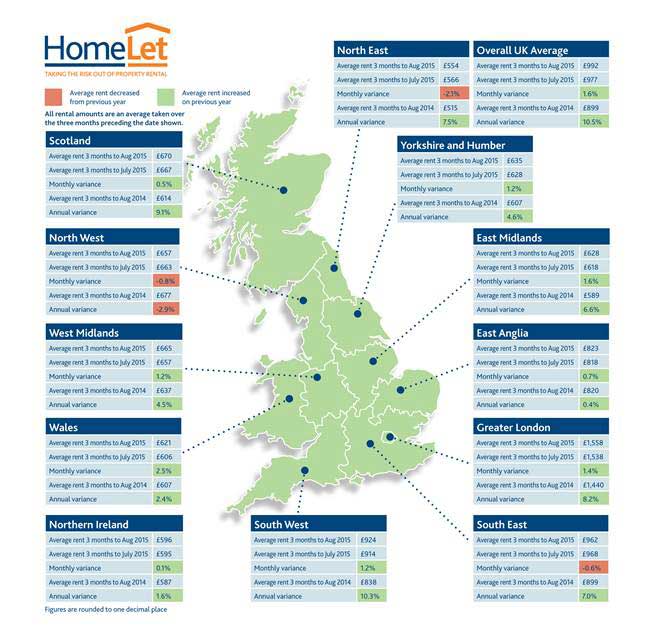 Rental prices continued to increase at double-figure rates on an annual basis, and are now 10.5 per cent higher than a year ago, led by gains in the South East of England and East Anglia, the latest findings from the HomeLet Rental Index show.

The pace of rent rises slowed and in some regions retracted over the three months to August 2015, compared to the previous three-month period.

Overall rent price increases are still running ahead of inflation and house price growth, with the Index showing that average UK rents for new tenancies over the three months to August 2015 stood at £992 per month.

On an annualised basis, only the North West of England reported lower rents for new tenancies in the three months to August 2015 than for the same period last year.

Martin Totty (left), Chief Executive Officer of Barbon Insurance Group, parent company of HomeLet, said, “Rents continue to run slightly ahead of house prices, with the majority of the UK still experiencing rising rents, albeit at a much slower pace than we saw in the early part of 2015.

“Broadly we are continuing to see a robust rental market with rent prices continuing to rise. This picture is consistent right across the UK with only one or two exceptions, such as East Anglia, where prices rose sharply in 2014 and early 2015 but have now slowed notably, and the South West, which continues to see annual price rises in double figures.”