The rate of repossessions has dropped by more than a quarter to the lowest level for nine years. 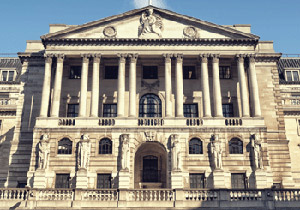 The number of homes repossessed by lenders last year fell to their lowest level since 2006.

Out of the 21,000 repossessions, 16,100 were on owner-occupied properties, and 4,900 were on buy-to-let properties. The improvement in the rate of repossession was attributed to falling unemployment levels and continuing low interest rates. Low inflation and delays in raising interest rates are continuing to fuel a mortgage price war, with various mortgage providers slashing their borrowing rates to some of the lowest levels they have ever offered.

A glance at the Bank of England’s latest quoted interest rates shows that have begun the year with a strong appetite for growth, and newcomers are going head-to-head with established names to launch attractive new deals.

“Rising competition is pushing pricing to new lows, and it means consumers can choose from record-breaking fixed rate deals regardless of whether they have a 5, 10 or 25 per cent deposit,” said Brian Murphy (left), Head of Lending at Mortgage Advice Bureau (MAB).

“There has also been a seismic shift in the average two year variable rate at 75 per cent loan-to-value, which has fallen by 112 basis points over the last year to 1.64 per cent, a price cut of more than 40 per cent,” he added.

Murphy believes that the next six months are shaping up to be “the best-ever window to secure a low interest rate” if you are looking to buy or remortgage.

Today’s prices have never been bettered in modern times and given that a base rate rise is inevitable at some point, it is unlikely they will be surpassed in the years ahead,” Murphy concluded.

Despite record-low borrowing rates, borrowers are being urged to consider their options carefully in order to avoid falling into financial difficulty once interest rates do start to rise.

CML Director General Paul Smee (right) commented, “No-one should be lulled into a false sense of security that the current low interest rates we are experiencing will last forever, though. Rules are in place to ensure lenders assess future affordability, but these are not a substitute for careful borrowing.”

The CML is urging homeowners to plan ahead for a hike in rates.

Smee added, “It’s essential for borrowers themselves to have one eye on the future. Think through any borrowing taken on now to ensure it will still be affordable if and when rates rise.”