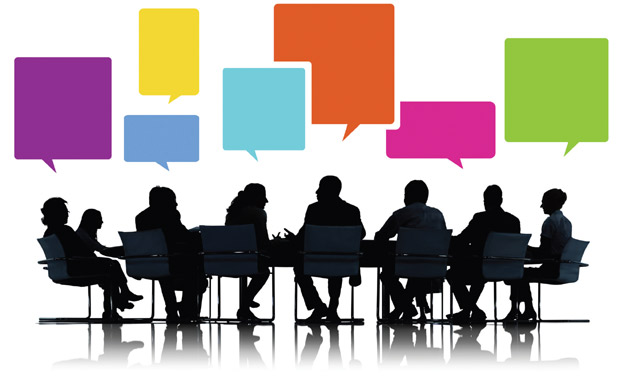 Agents operating within the same city compete for business, poach each other’s staff, criticise, ridicule and dismiss their competitors. Don’t they? Well, not always. Chester is a sophisticated place, endowed with a rich history and an aura of prosperity. This group met with mutual interest, to discuss the potential impact of the General Election on the Private Rented Sector (PRS); online agents and property portals.

We have some significant challenges ahead, so let’s use our collective brainpower to look at the issues and see if we can come up with some good ideas.” Andy Halstead CEO, Let Alliance

Introducing the discussion, Andy Halstead noted that the PRS has doubled in size in the last 14 years and is set to continue that expansion across the country. However, the lettings sector could be dramatically changed if a Labour Government is elected; are we prepared for that? Then we have the challenges of online agents? Will they really change the way we do business?

Another current industry issue is the battle between the property portals. With the launch of OnTheMarket (OTM), some agents left Zoopla Property Group (ZPG) to join OTM, a few left Rightmove; who will win through?

Agents eagerly awaited a surge of business in the new year – hoping that Stamp Duty changes would kick things off. “It has been a rather disappointing start to 2015,” said Philip, “We were hopeful that changes to Stamp Duty payments would rally interest but we haven’t seen that. It’s not a stock issue, people are truly unaware of Stamp Duty changes and they don’t know what Help to Buy is – most think it means shared ownership.”

Julian said, “The issue is that the lenders say the money is there to borrow and rates are low, but buyers can’t get their hands on it, they have long interviews, weeks of waiting, then they are refused on some tiny issue so we have fall-throughs right at the end of the process. We surveyed every element of the process and in the end it comes down purely to finance.”

With the forthcoming election, Andy’s worst scenario is a Labour/SNP coalition, with the combination of Labour pledges to abolish tenant fees and the Scottish legislation already in place on that front – the agents agreed, but said, “we will just have to find another way to cover the cost of fees.”

Joanna said that Scotland already had a law against charging fees – covering assured tenancies – so they just extended that to cover private lets, a faster process than introducing a new law in England; there couldn’t be an immediate implementation of that law here – so we’d have some breathing space.

Andy added that, “Landlords in Scotland cannot charge tenants anything for any service, which I estimate would wipe out 18 per cent of agents’ revenues. In Scotland, many agents and landlords still charge fees and there is no policing of the legislation. Professional firms don’t charge, but the rest still do, so the professionals are losing business with disastrous consequences – and that situation is, potentially, coming to all letting agents.

A discussion followed on whether Scottish agents are charging landlords more, so landlords increase the rent. Martin suggested that some fees, especially in London, really are a rip-off – “one example is an agent charging a tenant £400 to change a name on an agreement.” The challenge is, if fees are banned, is there a Plan B to introduce new revenue streams? Maybe insurances, broadband, and utilities? Alex said that landlords’ rent guarantee is good, “It has made a difference to our income, it’s difficult to put landlord fees up – there is so much competition, so I include it in our fees. Last year, we didn’t do many more lets than the year before, but we made more money.”

OTM is the only chance we have to fight the ever rising fees at Rightmove and Zoopla.” Rebecca Matthew MD, Matthews of Chester

Rebecca had found Rent Guarantee a difficult sell and when landlords did take it they tended to cancel it later. Andy reported that most rent guarantee claims come in the second six months of the tenancy – but selling rent guarantee as an extra sum does not work well, it’s better to include it in the main fee.

What else should agents be doing to increase revenues? One suggestion was to check and update contracts and terms and conditions; for instance, landlords selling properties to tenants – in recent cases people have been avoiding paying agents’ fees and one agent said that his lawyer says they can tighten it up. Others doubted they could enforce that commission fee, but the consensus was that if they are better drafted, the clients are more likely to pay it.

Tenancy contracts are another issue – many standard tenancy agreements would not give landlords any chance of possession. Something to consider.

Miles suggested that there are ways of building extra income but it is hard – training lettings staff in selling skills can be an issue but it can be done.

Andy added that it’s not necessarily about selling, it is about process – if you build products and services in to the business as part of your processes, it becomes almost automatic.

Martin added that you do have to ensure its not seen as constructive selling.

Joanna said that investing time in staff training is vital, involve the staff, discuss the proposition – make sure they understand the product, incentivise them – which started a whole new thread around the fact that Lettings staff don’t generally get commissions on additional service sign ups and it can cause resentment if some are paid commissions and others aren’t.

Just two of the agents regularly sell rent guarantee. Alex said his standard fee is 11 per cent; including rent guarantee it’s 12.5 per cent which makes a big difference. “Most landlords go for it,” he said.

Miles suggested that, “If agents need to increase revenues by introducing ‘added value services’, we are talking about a culture change for lettings staff.”

Most of us now buy all sorts of products online. Now we have online agents, whose marketing campaigns are negative, attacking, rather than proving why they are better. But they are a real threat, so how do we meet the challenge?

Martin noted that in adverts on Rightmove, Purplebricks says that landlords are saving ‘£1000s’ by using online agents, and he believes Rightmove shouldn’t take these adverts.

Miles answered that, “There is always competition, you can’t stop it, that’s not the way the world works. The best response is to look at what they are doing, justify what you do and what you charge. The penetration of online agents is not yet great, but traditional agents need to be on this.”

Peter said that, “We all work in very small areas so a ‘national’ service is hard to compete with. But their services are odd – one online agent offered a gold/silver/bronze service – one client told us of her experience with them. She took their ‘silver service’ and they arranged a viewing. After the viewing she asked the agent for feedback, they said they didn’t give feedback on the ‘silver’ service. She said well if she paid them for feedback what would it be? They said £5 per viewing feedback.”

Sometimes you have to stick to your guns – tell landlords that if they want decent service then they have to pay, justify your service.” Alexander Kemp Director, Temples

The agents found this very entertaining but, as Alex said, you have to take notice of what they are doing. “My test dealings with an online agent showed that they are very slick. They were helpful, prompt to respond, they send texts to advise you of viewings etc, very innovative.”

Martin noted that the competition from online agents has, in a way, replaced the private ads in newspapers – hundreds of listings from ‘individuals.’ Jordan commented that they’re not doing anything new, everyone agreed, but you can take the bits they are good at and take these boys on!

Also discussed was the success of the agents’ websites. Miles said that Rightmove research shows that people like local brands and local knowledge, “but your website is a major branding exercise, its raising profile, a key thing is showing your opening hours, people make assumptions, but they are looking at portals and websites at all sorts of times. Did you know that Sunday is the busiest day for emailing and email traffic is at its highest at 9pm?”

Phillip said, “We need to review staff allocations – we should let them specialise, not have everyone doing every part of the job, so we have a broader skill base.”

Alex agreed, “We are all so busy we neglect upgrading exercises, we forget to market ourselves, get in the press. We could do with someone that is focused on getting our message out, talking to the press – national, local and industry-wide, letting people know what we offer.”

All the agents saw Rightmove as the key player in the market and while the feedback on leads gained from each portal varied, the belief is that more agents would leave Zoopla than Rightmove, were they to join OnTheMarket.

A discussion on why a group of agents launched OnTheMarket, revealed historic grievances on portal fees rising every year, even when times were very bad, and there was a suggestion that it isn’t so much the fact that portals charge such high fees, that upsets agents, it is the fact that they make such huge profits. Indeed, the agents all admitted, that compared to newspaper advertising, portal fees are actually very low. However, it was clear that in the agents’ view, the portals are here to stay!

Many thanks to the Roundtable host, Andy Halstead of Let Alliance, for what was an inspiring day for all of the participants.