Sign in or Sign up
The essential site for residential agents
Home » Features » Restrictive covenants – what can be done?
previous next
Regulation & Law

Restrictive covenants – what can be done?

Emma Humphreys, Partner, Charles Russell Speechlys LLP discusses an application to discharge or modify restrictions on the use of their property.

In a recent application, the owners of a freehold property in East Dulwich sought to challenge restrictions on the use of their property which had been imposed by a former owner of the property in 1984.

At that time, the property had been converted from a single double-fronted, two-storey Victorian residential property into two self-contained freehold residential units, divided vertically and accessed from the road through a single central front door into a communal hallway – with separate internal doors serving each property.

The Tribunal noted the circumstances in which the restrictions had been imposed and the effect on potential sales of No.141a, as well as the absence of reciprocity between the homes.

The owners of No.141a made an application to the Upper Tribunal to discharge or modify the restrictions, which is an option available under s.84 of the Law of Property Act 1925. The application was opposed by the neighbours at No.141, who enjoy the benefit of the covenants as successors to the original party who had imposed the covenants.

The owners of No.141a argued that the covenants are unduly restrictive in the context of a freehold property and had caused potential sales of the property to fall through. They also contended that the terms of the covenants reflected the personal sensitivities of the original owner and that this was inappropriate given that she now has no interest in either property.

Attention was also drawn to the lack of reciprocity between the two properties, since no similar restrictions were imposed on the neighbouring owners at No.141.

The objecting owners of No.141 outlined the various benefits arising from the control offered by the covenants, enabling them to protect the integrity, enjoyment and value of their property.

No discharge of the covenants

From its visit to the area during the hearing, the Tribunal noted that many properties in the vicinity have undergone attic conversions to provide additional habitable living accommodation and that some properties have created a space for parking in their front garden.

The Tribunal agreed that it would not be unreasonable for an owner of No.141a to wish to carry out alterations of this type, which would be in keeping with the character of the neighbourhood.

The Tribunal noted the circumstances in which the restrictions had been imposed and the effect they had had on potential sales of No.141a, as well as the absence of reciprocity between the two properties. However, despite considerable sympathy for the applicants’ position, the Tribunal did not feel it was appropriate to discharge the restrictions given that they still give protection and remain of value to the owners and occupiers of No.141.

Modification of the covenants

Fortunately for the owners of No.141a, the Tribunal was prepared to assist them by amending some of the covenants in order to lessen (slightly) their restrictive effect. The Tribunal decided that restrictions 3 and 4 should be amended to prevent the consent of the owner of No.141 from being unreasonably withheld, which it hoped might go some (albeit a limited) way towards overcoming the difficulties being experienced in selling No.141a.

In addition, the Tribunal considered that no injury would be caused to the owners of No.141 if restriction 2 was modified by the insertion of a proviso “without the permission of the owner or occupier for the time being of number 141 (such permission not to be unreasonably withheld)”. 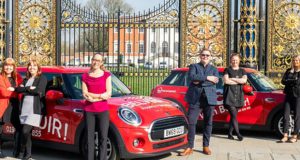 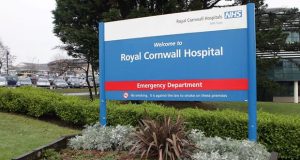