My wife says that to hear me say “I was wrong” is as likely as an accurate online valuation! However, after years of preaching “the agent who controls the stock controls the market,” I conclude that unless agents approach their business from radical new perspectives, they miss opportunities created by the very initiatives they perceived to be a threat. I believe that 2016 will be the beginning of the end of what we understand to be estate agency, and the end of the beginning for those who are seeking to disrupt it.

There is a huge opportunity for agents to take advantage of their existing infrastructure in the face of online competitors. But first, they must recognise that the short-term approach to attracting vendors – ie asking for their business before having earned the right to it, will soon be all but dead.

Anyone taking an interest in modern business methodology knows that digital alternatives are indeed disrupting their respective markets. Uber, AirBnB, TripAdvisor, Spotify, etc are rapidly market-dominating services that have upset the status quo by creating businesses that really do focus on the needs and enjoyment of the consumer, rather than the supplier.

For years we have regarded the vendor as the consumer. We were wrong! We understandably focused on servicing the person who pays our fees but we ignored the ultimate consumer – the buyer (who, by the way, may also be a seller). I don’t dispute the fact that if we have enough stock then buyers will magically appear, but let’s roll this forward a few years.

Don’t be scared to work with imaginative parallel suppliers to enhance your own excellent service!

Most of today’s sellers bought their property through a traditional estate agent, hence the vast majority of them using a traditional agent to now sell. They may not have been treated royally as a buyer, but at least they understand the agent’s role. Today’s buyers continue to be treated as second-rate citizens (because there is only about a five per cent probability that they will buy through a specific agent) but importantly buyers are now digitally competent. They ‘get’ Uber, AirBnB, Spotify etc. So when they come to sell in say four or five years time, they’ll expect to be able to do so in the same digitally-enabled way, especially as their experience of estate agents when they bought was unimpressive – so why use them to sell?

Online agencies claim to have ‘disrupted’ our industry. They simply haven’t. They are effectively offering the same or, more likely, a watered-down service to vendors, once again ignoring the consumer as a whole. The only difference is that they are cheap (apparently) and mostly serve to facilitate private sales, which never really worked. Additionally, online agency fees are usually paid upfront from taxed income irrespective of a subsequent sale, with no incentive whatsoever for the agent to deliver results. The fee comes solely from the listing, making the online agent no more than a paid advertising medium – Autotrader for the property world.

The business opportunity here is obvious; open a local agency that delivers an incentivised and  accountable results-driven service, payable only on success. It would of course be more expensive, but with no risk to the seller, plus the seller would also get a locally experienced trained negotiator introducing buyers who might not otherwise have been tempted by the seller’s DIY advert. Ah… that’s what you already do. Silly me!

But your new agency would go much further in connecting with the buyer, offering numerous additional services, possibly outsourced to buyer-focused specialists. These could include surveyor-accompanied second viewings, 24-hour concierge-style attention (eg Moneypenny), real-time conveyancing support (eg AV Rillo). Some of the real disruptors will even deliver new vendor leads as well as pay referral fees for buyers where a sale is concluded by another agent (eg HomeDashboard).

So don’t be scared to work with imaginative parallel suppliers to enhance your own service and in doing so you’ll accelerate your Tweetability and rankings on comparison sites like Rateragent whilst creating significant distinction for your brand.

I’d say agency, as we know it, has four years left. During that time I predict that the perception of estate agents will improve beyond recognition as the smart agencies deliver beyond Waitrose levels of service to the consumer as a whole, making online agencies the Lidl of our wonderful industry. There is nowhere in between. Where do you stand?

Richard Rawlings is a leading estate agency trainer and consultant.
www.EstateAgencyInsight.co.uk and www.AgentCentric.co.uk

Getting ready for RoPA 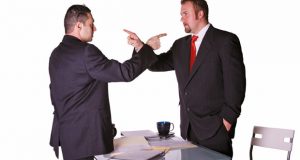 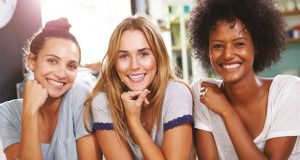 How to deal with racist landlords