The Royal Institution of Chartered Surveyors (RICS) has announced the appointment of its new interim leadership team to restore confidence in the association.

The Royal Institution of Chartered Surveyors (RICS) has announced the appointment of its new interim leadership team to drive the further modernisation of the Institution, following the damning report by Alison Levitt QC on issues of governance and financial accountability.

RICS Governing Council has made the appointments for a period of up to 12 months to lead the institution in delivering necessary reforms, following Alison Levitt QC’s report. The team’s focus will be to work with Governing Council, members and staff to rebuild trust in the Institution through the implementation of the Levitt review recommendations. The team will work with Governing Council, which is comprised of elected members of the profession, to commission the review of governance, purpose and strategy, consider its findings and begin to implement the review’s recommendations. 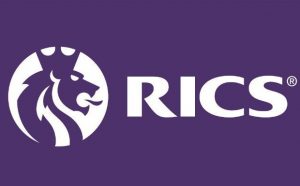 The review is intended to:
• create clarity about RICS’s purpose, given its current position and the context within which the profession and Institution operate
• make proposals for the future which will put RICS in a position to stand as a beacon for best practice in governance, transparency, and accountability – strengthening the reputation and position of members and the Institution itself
• ensure that RICS’s strategy, governance structures, culture and resources are fit not just for today but also contain mechanisms whereby they can be reviewed and refreshed so they remain relevant in the future.

Nicholas Maclean, RD, FRICS, (pictured above left) has been appointed interim Chair of Governing Council. He is the Chairman & Managing Director of CBRE, Middle East Region, which he established in 2005. He served as the Chairman of the RICS MENA Advisory Panel until December 2019.

Richard Collins, (pictured above middle) who joined RICS in 2019 as Executive Director of the Profession, has been appointed interim CEO. He led the creation of a new function at the Institution, bringing together responsibility for all aspects of its public interest regulation, including entry to the profession, standards, assurance and compliance. This included the establishment of a new independently led public interest regulatory Board, now chaired by Dame Janet Paraskeva.

Isobel O’Regan, FRICS, (pictured above) an elected member of Governing Council, has been appointed interim Chair of the Management Board. Isobel is a director at Savills, based in Ireland, and has practised for over 30 years.

Nick Maclean, Chair of Governing Council, said of his appointment, “This is a generational opportunity for RICS to modernise and to ensure that we remain relevant to our members, the public and the industry and deliver value to all our stakeholders. We are committed to collaborating more closely with members and firms to deliver positive outcomes in the public interest.”

Richard Collins, interim CEO of RICS, said, “RICS members make critically important contributions to the economic life of every country in which they practise; every one of these members deserves an Institution in which they can have pride, which listens to them, which supports them and which, with their consent, sets and enforces standards in the public interest, which are relevant and a badge of high quality for markets and consumers across the globe.”

RICS is now advertising for an individual to lead the external review of purpose, governance and strategy recommended by Alison Levitt QC.
If you think that could be you, apply here.

Read more about the RICS scandal.