Rightmove data indicates a skewed market with winners and losers 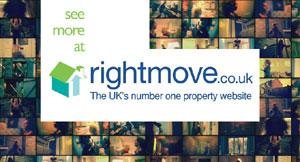 It must be time of year, as we all know that generally, the housing market is slower during the summer holiday season, but Rightmove reports that larger homes are taking the longest time to sell and suffering largest drop in price.

The number of days taken to sell increased the most in London and South East in the last two months with July buyer enquiries to agents down by 18 per cent down on 2015.

Miles Shipside (left), Rightmove Director, says, “Many prospective buyers take a summer break from home-hunting, and those who come to market at this quieter time of year tend to price more aggressively. This summer is also affected by both Brexit uncertainty and the aftermath of the buy-to-let rush in March to beat the stamp duty deadline.

“Most sellers seem to recognise that buyers may want some extra encouragement to get them to put their towel on a property to reserve it as well as on their sunbed! The average fall in new seller asking prices at this time of year has been 1.2% over the last six years, so this month’s fall is exactly in line with the long-term average. The largest price falls at this time of year were -2.0% and -1.3% in 2014 and 2010, with the smallest fall being -0.8% in post-election boosted 2015.”

The sector that would benefit most from an autumn pick-up is made up of larger homes with four bedrooms or more. They are taking the longest time to sell, with an average of 74 days from being advertised on Rightmove to being marked as sold subject to contract by estate agents. This ‘top of the ladder’ sector is also suffering the largest drop in new seller asking prices this month, with a fall of 2.9%. First-time buyer (two bedrooms or fewer) and second-stepper type properties (typically three bedrooms) are performing the best, with an average time to sell of 58 days and price drops of 0.5% and 0.4% respectively.

Robert Scott-Lee, Managing Director of Chancellors in Surrey, Bucks, Oxfordshire & Berkshire says: “As we look towards the Autumn market we feel very confident with the underlying fundamentals. Applicant enquiries are strong and buyer motivation is strong given lending rates and general demand caused by under supply, however we of course note that political developments may cause ongoing disturbance to the normal negotiation process. Undoubtedly some have looked to take advantage of the uncertainty by renegotiating offers. There are sellers who have crumbled but equally there are sellers who have stood firm, and with the benefit of back up buyers have been rewarded by their insistence on maintaining the sale at the agreed price.”