Portal is to provide on-screen price information to the show which will also be branded in a paid-for deal.

The portal has developed a widget that will enable house prices, along with its branding, to be displayed on-screen at relevant parts of the programme. 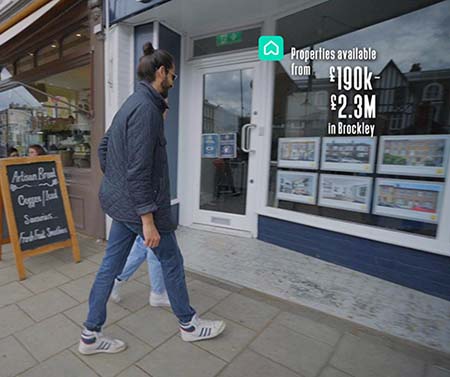 This is usually at the point where the ‘hunting’ couple or person are being introduced and they explain where and what they want to buy.

Powered by artificial intelligence tech, the digital widget was trialled successfully in last week’s episode featuring Swindon and Brockley in South London will now run throughout the current series.

The next programme airs tomorrow at 8pm featuring two house-hunting couples in the West Midlands.

“This product placement seamlessly integrates Rightmove into the show’s context, to prompt viewers to turn to Rightmove to start their search among the hundreds of thousands of property listings advertised by agents,” says Rightmove’s CMO Iain Kennedy (pictured).

“We often see spikes in searches on Rightmove when locations appear on TV, but this marks a step-change as we’re providing home-movers with even more of a reason to start searching by making them aware of how far their budget could stretch in an area.”

In last week’s programme, which was the first episode of the programme’s 33rd series, the house-hunting couples Jess and Zak as well as Rachel and Alan (both ‘generation renters’) were also featured using the Rightmove website on their laptop, although other industry names got a visual name-check took including the couple outside both Foxtons and Savills branches.