Portal's increasing focus on lettings is evident in its new Channel 4 TV ad, which follows one renter's home, work and social life.

Rightmove has launched a new TV ad directed at tenants, highlighting the portal’s increasing focus on the lettings market.

Called somewhat predictably The Renter, the 60-second TV ad follows a tenant as she move into a property, adds her furniture and belongings, visits a chippie (see below) and a gambling club, and gets a new job in a cheese shop.

The thrust of its message is that renters can use Rightmove to find ‘what’s right for now’, underlining the freedom those who rent have to move anywhere they like, unlike their millstone mortgaged home-owning counterparts.

The portal tested the ad in front of both renters and first time buyers, with 79% of homeowners saying the advert shows Rightmove understands the importance of finding the right home, 77% also told the portal Rightmove is the first place they’d look when moving home. 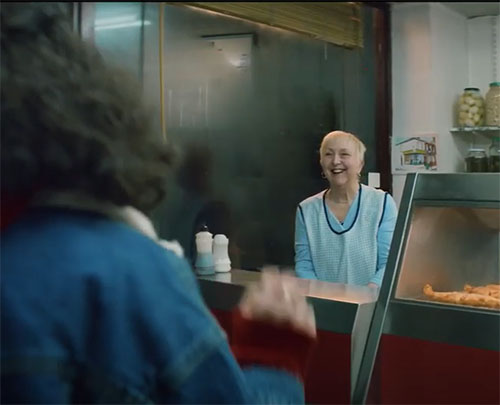 The ad is to launch on Channel 4 next week but also appear online via All4 and the ITVhub, as well as on key online video channels, backed up by a big outdoor poster campaign.

It is expected to be seen by 40 million people across the UK.

Rightmove has launched two recent innovations designed to expand its operation outside of traditional portal listings.

These are an online bookings service to enable tenant to book viewings with agents direct via Rightmove, and the portal’s acquisition of tenant referencing company Van Mildert in July 2019 in a deal worth £16 million.