Rightmove denies hacking after claims that have house-hunters searching on Rightmove.co.uk were contacted by fraudsters. 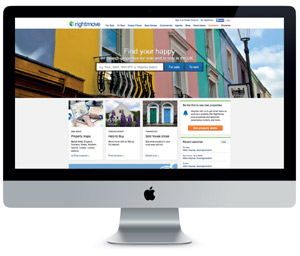 Rightmove has dismissed claims that its portal has been compromised after ITV London had claimed to have uncovered a new scam targeting renters in the capital.

ITV issued a news report last week stating that the scam targets people who have been searching online for a place to rent in London.

The news channel said that house-hunters receive an e-mail, claiming to be from a landlord they have already contacted who tells them an ideal property is still available, and available to view with an agent from Air BnB, but only after paying a hefty deposit.

The report went on to state that it was not clear how the details are being harvested, but that many victims claimed that they received the e-mail after searching on Rightmove.

But the UK’s leading property portal has responded to the report by insisting that it has carefully checked its website and found nothing wrong.

“We received reports of two people being contacted by email from an unknown gmail account about a flat, which asks them to pay an upfront rental deposit via an AirBnB agent before they could view a property. We immediately investigated using all information provided to us and found no evidence of the security of our website being compromised,” said Sam Mitchell, Head of Lettings, Rightmove.

“We take the security of our website very seriously and hire an external company to constantly run tests to detect any vulnerabilities on the website. We also offer the millions of home-hunters who use Rightmove every day advice about how to stay safe when renting, which includes the importance of using a secure network when searching online, making sure they have up-to-date virus protection installed and using a letting agent,” she added.

The website, which celebrated its one-year anniversary in January, is aiming to go head-to-head with Northern Ireland’s leading property search websites PropertyPal.com and PropertyNews.com as well as Zoopla.

“Having made tremendous progress in England, Scotland and Wales over the last year, we are proud to present OnTheMarket.com in Northern Ireland as a much-needed competitor in the online property search market,” said Helen Whiteley, OTM’s Commercial Director.