The young letting agent who started the e-petition signed by nearly 11,000 people calling for a cap rather than a ban vents his frustration at the result.

Firstly, thanks to everyone who has supported our campaign so far. It shows the strength in our views and in my opinion outweighs the 4,700 [consultation process] responses on which the draft [Tenant Fees Bill] was based on.

Do you think they made the 4,700 people who offered their feedback aware that their rents will be dramatically rising come 2019 (which has been widely acknowledged and wholly ignored)?

Perhaps the government should take some feedback from the people who will be losing their jobs/businesses?

And perhaps they should take some feedback from the people that will no longer be able to pass references because their affordability no longer meets the higher rents threshold which would you believe, has been acknowledged…and ignored.

To say I am disappointed with the response would be a huge understatement and to be honest is a mockery to the hours committed to raising awareness and acquiring signatures.

It seems the giants in the industry have bowed down to the legislation (even though this is still a draft) and given up entirely to the idea of a fee cap as opposed to a complete ban.

We need more pressure from the top – it was clear to me that I would not get this when both ARLA and ZPG refused to help with my campaign. 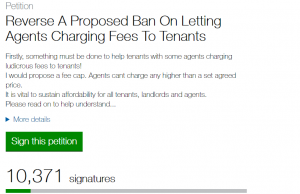 With the lack of said support it looks like unless we hit the 100,000 signatures this is already a done deal and my final words would be good luck to all independent letting agents who have worked hard for their positions and for those who do not make it through this transitional period.

I honestly wish you the very best in the future! 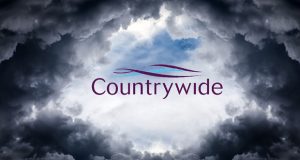 BREAKING: Countrywide brings in new blood and asks for £165 million to restructure debt 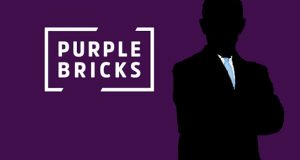