Rumble with the Agents’ raises over £19k 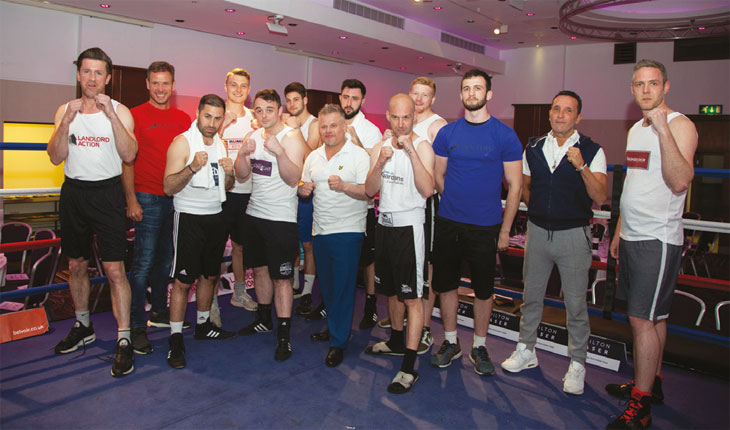 On 23rd May, the fifth ‘Rumble with the Agents’ charity boxing event took place at The Holiday Inn in Finchley Central, attended by 300 property professionals, raising £19,000 for Make-A-Wish UK, enabling eight children with critical illnesses to be granted their once in a lifetime wish.

10 boxers paired up for five fights of three rounds. Cheered on by friends, family and colleagues, each demonstrated the effort they had put into the intensive training.

Money was raised by donations, a raffle and auction of sporting memorabilia, sourced by Paul Shamplina at Landlord Action, to maximise the charity donation.

Danielle Munday, Regional Fundraising Manager (South) for Make-A-Wish UK, said, “Make-AWish UK extends a huge thanks to Paul for allowing us to be a part of Rumble with the Agents, we can now grant eight transformational ‘wishes’ to children enduring illness and treatment that most of us could never imagine.”

Paul added, “I can’t believe this is our fifth year. I wanted everyone to see the tangible results of the money donated and how it makes a difference. Make-A-Wish UK is such a special charity and I hope we will be able to show everyone pictures of the children and their magical wishes.”