Sign in or Sign up
The essential site for residential agents
Home » Features » Sales rise as March brings a hint of Spring!
previous next
Housing Market

Sales rise as March brings a hint of Spring!

Designs on Property tracks and summarises the property indices. Kate Faulkner says, “This time last year, prices were artificially depressed as we waited for Brexit to happen and the possibility of prices collapsing, which, as yet, hasn’t appeared. Rightmove reports that the “number of sales agreed is up by 7.4% on this time last year.” 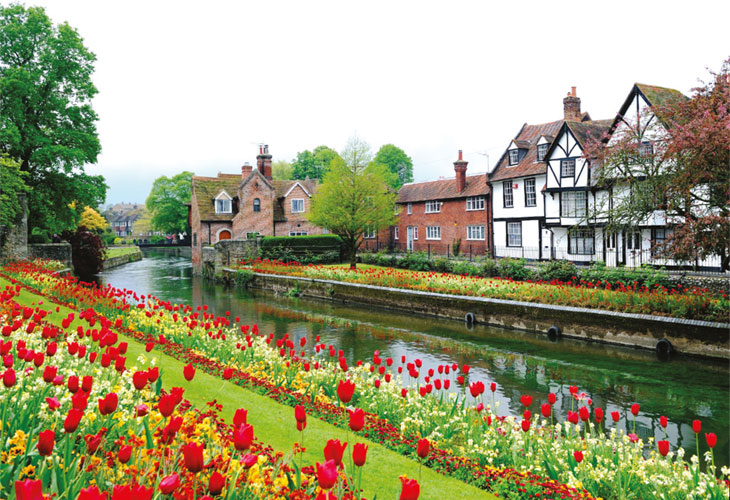 NAEA Propertymark: “A positive close to the year as confidence returns to the housing market.”

Average prices across the indices vary from mortgaged-only prices from the Nationwide HPI of £215,897 through to marketing prices (ie not necessarily sold) from Rightmove of £306,810 and actual prices from LSL Acadata HPI of £304,054. Average sold prices from the UK HPI stand at £235,298. There is a 41% difference between the highest average sold price from LSL which include cash sales and the lowest from Nationwide which reflect mortgaged homes.

In terms of demand, most regions report an increase in enquiries, with Wales and the North East reporting solid growth.

The lead Rightmove indicator suggests that the year has started well with the average price up nearly 3% on the previous year. However, this is mostly driven by their ‘top of the ladder’ buyers as opposed to FTBs and second steppers. In addition, we need to remember that this time last year, prices were artificially depressed as we waited for Brexit to happen and the possibility of prices collapsing, which, as yet, clearly hasn’t appeared. The better news is that, according to Rightmove, the “number of sales agreed is up by 7.4% on this time last year.”

Each country is seeing pretty similar growth, bar Wales, which is outperforming even long term growth at the back end of 2019. The reason for this is that it was one of the last areas to head into the recession, which normally means it is one of the last ones out, so this is really part of their ‘recovery’. England continues to show slow growth, mostly held back by falls/low price growth in London and the South.

Scotland and Northern Ireland continue to increase fairly steadily at 3-4% per year over the last three years, but this hasn’t led to fixing the credit crunch house price falls, especially taking into account inflation, crunch, nor is it likely to for some years to come. Current forecasts for 2020 suggest a lower annual growth of around 2% for these countries.

Regionally, property price growth varies from falls of -0.7% year on year for the East of England, while the West Midlands saw rises of 4%, with everything else in between. London appears to have turned the corner with prices stabilising rather than falling, same for the South East and the East Midlands, the latter of which saw steady price growth of 2.5% growth. Meanwhile, prices in the North are recovering for the West and Yorkshire and Humber, with prices now up by double digits since the credit crunch.

Headlines from the indices:-

RICS: “With regard to house prices, they suggest that there is a broadly flat national trend for the time being. The South East, London and East Anglia all continue to see house prices soften for now, albeit only modestly, according to respondents. Meanwhile, at the other end of the spectrum, prices in Northern Ireland and Scotland are reportedly still rising at a firm pace. Going forward however, near term price expectations were revised higher in all parts of the UK and now point to a noticeable shift in pressures across previously weakening areas such as London and the South East.”

LSL Acadata HPI: “For November, Yorkshire and the Humber retain its top position, with house price growth at 3.5% and Wales remain in second place with growth of 3.4%. In fact, all regions/countries in November remain in the same position as in October, with the exception of Greater London, which has climbed one place and is now ahead of the East Midlands.”

Hometrack: “UK city house price inflation is running at +3.9% as the impetus for price growth increases in regional cities with attractive affordability and positive price growth in London (+1.9%) supporting the headline growth rate. Cities in the North and Midlands registered stronger price growth during the year than many cities in the south of England.”

The more interesting data from the indices this month is Hometrack’s ‘growth index’ for 2020, suggesting the top five growth towns/cities for 2020 will be:- Nottingham, Edinburgh, Glasgow, Manchester and Birmingham, with the lowest performers likely to be: Aberdeen, Oxford, Belfast, Newcastle and London.

“Since the election, in the period from 13th December to 15th January, immediately after the election, enquiries to estate agents were up by 15% compared to the same period a year ago. _ is then led to a 7.4% increase in the number of sales agreed over the same period.”

NAEA Propertymark: “The number of sales made to FTBs in December rose to 29 per cent, up one percentage point from 28 per cent in November. The number of properties available per member branch rose from 39 in November, to 41 in December. Year-on-year, the supply of housing is down marginally, dropping from 42 in December 2018. The number of house hunters registered per estate agent branch decreased in December, falling from 332 to 313. This is the lowest figure seen since June 2019 when there were 305 prospective buyers registered. Year-on-year, housing demand is up, rising from 304 house hunters per branch in December 2018.”

“In terms of buyer demand, the majority of UK regions saw an increase in enquiries over the month, with respondents in Wales and the North East in particular reporting solid growth. At the same time, enquiries also rose in London and the South East, marking a noticeable turnaround following negative feedback in the previous month.”

“There is much focus on how much the demand for housing has ‘bounced’ in the early weeks of 2020. Looking at the 4 weeks to 20 January 2020, demand for housing across UK cities is, on average, 26% higher than the same period in 2018 and 2019. All cities, except for Belfast (flat), have recorded an increase in demand compared to the last two years. Sheffield, Leeds and Leicester have recorded the greatest increase in demand over the first four weeks of the year. Southampton and Edinburgh have registered below average growth in demand.”

“Mortgage approvals for house purchase (an indicator for future lending) picked up in December, to 67,200, above the 65,900 average of the past six months.”

The Advisory track current market conditions so buyers and sellers can gain an independent view of how easy it would be to buy and sell their home in their area. This makes it easier for good agents that are honest about market conditions to value and manage expectations. For example, in BS7 76% of the properties on the market are under offer.

From PropCast’s perspective, the hot markets from a postcode perspective don’t necessarily track the overall increases and decreases seen even at town and city levels, with Bristol and Sheffield having some of the busiest markets, while London still dominates the slower ones.

Average sale and time on market

With prices rising steadily for the last few years, mainly due to demand just edging ahead of supply in many areas, we are seeing average sales continue to run at around 7-8 per month, per branch (NAEA), with a bit of a ‘summer bounce’ last year achieving nine per month.