Sign in or Sign up
The essential site for residential agents
Home » News » Agencies & People » What a drain! Explosive start to the day for a home-working Savills agent
previous next
Agencies & People

What a drain! Explosive start to the day for a home-working Savills agent

As thousands of agents work from home, one branch director and his family got the shock of their lives while clearing out their property's gutters.

A Savills estate agent working from home got more than he bargained when his family decided to use the unexpected extra time together to sort out their gutters.

Charlie Bubear, who heads up the Savills Chelsea office, was watching his wife Alice and children clearing out the drains when they noticed a rusty orb nestled in the rafters.

Bubear extracted the piece of metal and laid it on a fence post to photograph (pictured), remarking that it looked somewhat like a hand grenade.

After alerting local police via text with a photograph of the grenade, the family were then told to evacuate the area and the Navy’s bomb squad team soon arrived. 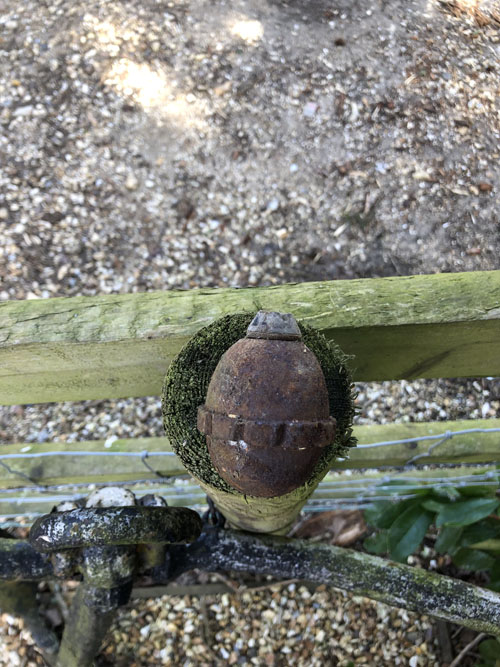 “I also texted the photograph to my neighbour, who is the TV historian Dan Snow, and he confirmed that it was indeed a WWI grenade,” says Bubear.

“He said a lot of soldiers came back from the war with keepsakes and that’s probably what this grenade is.”

The bomb squad then took the munition to a beach near to Beaulieu where the Bubear family live, and Charlie says the detonation could be heard for miles around. 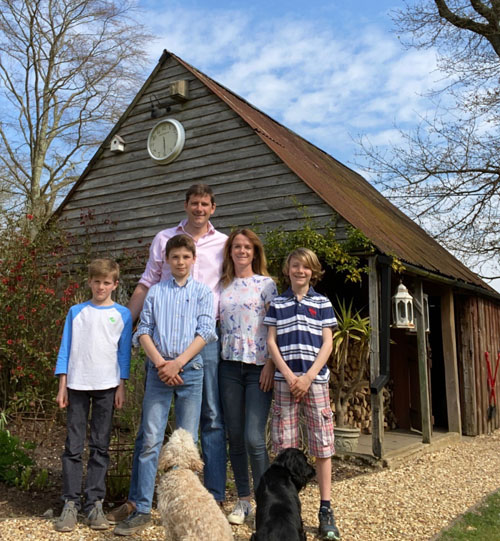 Finding a live hand grenade in your roof doesn’t happen every day and the family’s adventure has been covered by TV and radio crews as well, much to their amusement.

“In the current lock-down many of us will likely be getting around to all those cleaning and DIY jobs people love to put off,” says Charlie.

“Luckily for us the local police were great at resolving the situation so that no harm came about – it does however make you think twice about what you might find when giving your home a good spring clean.”

Read more about working from home.