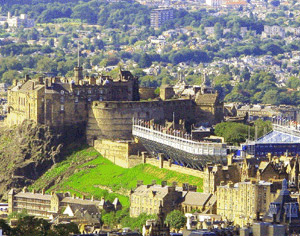 Deputy First Minister John Swinney has announced a series of changes to the Land and Buildings Transaction Tax (LBTT) – which will replace stamp duty for homebuyers in Scotland – following Chancellor George Osborne’s amends to stamp duty in his Autumn Statement in December.

Among the headline amendments, is the fact that homes in Scotland worth up to £145,000 will not now attract any tax, up from the previously proposed £135,000.

Mr Swinney had previously planned a tax rate of 10 per cent on residential properties sold for between £250,000 and £1 million – prompting concerns that those acquiring family homes could be hit.

The top rate of 12 per cent – which was previously going to apply to residential properties worth in excess of £1 million – will now take effect from £750,000.

“The Chancellor of the Exchequer, having had years and years to reform stamp duty land tax, took two months to look at Scotland’s reforms and said ‘that looks like a good idea, I’m going to do that for the rest of the United Kingdom’,” said Swinney (left).

While the changes to the LBTT rates could boost the market for first-time buyers and the lower end of the sector, Strutt & Parker believe that the middle sector of the market will suffer under the introduction of the new house sales tax which will replace Stamp Duty Land Tax in Scotland on April 1.

Andrew Rettie (right), Head of Estate Agency for Strutt & Parker in Scotland, commented: “While LBTT will help first-time – the average price of a house in Scotland is £170,000 – it has been widely derided as an unfair attack on families and a punitive tax on aspiration, particularly in the affluent centres of Glasgow, Edinburgh and Aberdeen. The changes announced [last week] are no better.

“Strutt & Parker backed the Scottish Conservatives’ proposals for the introduction of a mid-tier rate of five per cent between £250,001 and £500,000 and we were hopeful that Mr Swinney would introduce something along those lines but while this review offers a concession to the lower end of the market it is a blow to everyone else and a missed opportunity to provide a fillip to the property. If families can’t upsize because of the increase in tax, they will not sell, leading to a stalemate in the middle of the market, which is really the engine room of a thriving housing sector.”

Commenting on the revised LLBTT, Philip Hogg, Chief Executive of home building industry body, Homes for Scotland, said: “We are pleased that the Deputy First Minister has paid some notice to our call for the introduction of a new intermediate band with the five per cent rate for property purchases between £250,000 and £325,000.”

Mr Hogg also welcomed additional support at market entry level, but insisted that a healthy, functioning market for all price brackets is needed.

“It therefore remains to be seen whether the sharp ten per cent increase for purchases above £325,000 could still prove too punitive on growing families and aspirational movers, leading them to stay put and others unable to progress up the housing ladder,” he added.

Knight Frank has welcomed the fact that the Scottish Government has decided to revise the LBTT rates.

“Under the original LBTT rates, homebuyers in Edinburgh, Aberdeen and parts of Glasgow – where prices for larger family houses tend to be higher – would all have seen a sharp rise in the up-front cost of moving.”

“The new LBTT rates mean that the threshold at which buyers will pay more tax compared to the current UK stamp duty system has risen from £254,000 to £330,000,” he added.

Edward Douglas-Home, Head of Edinburgh City Sales at Knight Frank, concurred: “The new rates are likely to be welcomed by homebuyers, especially in Edinburgh where the cost of housing is higher relative to the rest of the country. The biggest beneficiaries will be middle income families looking to move up the housing ladder.

“The average cost of a detached family home in Edinburgh is around £390,000, rising to a lot more in some parts of the city, such as in Morningside, The Grange and Murrayfield, as well as for the terraced town houses of New Town and the West End. Under the original rates proposed a property of this value would have been liable for a £16,300 tax bill. The revised rates mean the LBTT charge for the same property will now be £12,350 or 24 per cent less.

“The new bands should help to keep the market fluid and ensure that the recovery in prices and transactions that we have seen over the few years continues.”