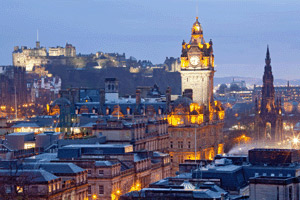 Scottish rents rose sharply in 2014 as the market continues to see a definite trend for rented property in Scotland, new figures show.

With many people struggling to raise the necessary savings required for a deposit to buy a property, they are opting to rent property instead, driving rental prices higher in the process.

According to the latest Citylets report, figures to the end of December 2014 show that national rents have risen 7.9 per cent in the last year to stand at an average of £732 per month. This contrasts with just one per cent growth in the preceding year.

The Scotland figure is heavily influenced by strong annual rises in three of the country’s main cities with Edinburgh at 9.5 per cent, Glasgow at 9.4 per cent and Aberdeen at 8 per cent. By contrast, Dundee registered a rise of only 3.2 per cent over the year.

The fourth quarter of the year is usually the quietest time for lettings activity where seasonal falls are common. However, this year’s dip in average national rents was only £4 down from the country’s record high of £736 seen in Q3 of 2014.

Commenting on the latest findings, Citylets MD, Thomas Ashdown (left) said: “There is a very clear picture in the Scottish Private Rented Sector. Large City hotspots are driving up the national averages but the market remains sanguine in just about every town in the country. It’s hard to identify a single area outwith the major cities that have even kept up with inflation over recent years.

“Scotland needs more homes built and fast-across all tenures. As has already been said by many commentators across the entire housing sector, the situation is urgent and we need the figures to be acted upon now.”

The latest findings from the HomeLet index in November also show that compared to the previous month, rents in Scotland continued to boom.

According to HomeLet, Scotland recorded a monthly increase in rental prices of 8.7 per cent taking the annual rise to 11.7 per cent.

“In terms of seasonal highs we see Scotland bucking the trend of the rest of the country, the rapid growth in the Scottish rentals market reflects the strength of the economy north of the border – particularly in oil-rich Aberdeen, which has a thriving rentals sector, but also in other Scottish cities and throughout the country,” said Martin Totty (right), chief executive officer of the Barbon Insurance Group, of which Home Let is part.

Scottish property firm ESPC has launched the second stage of its latest advertising campaign – “All you need is ESPC”. 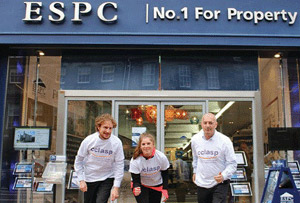 The campaign focuses on all types of buyers and sellers by promoting the message that whatever your property transaction, its services are all you need.

The creative builds upon the first stage of the campaign which ran a few months back, focusing on ‘property, done properly’ as well as promoting key growth business areas for the coming year.

Speaking about how she expects the new campaign to resonate with ESPC customers, Marketing Manager, Amy Walker, said: “I am really excited to see the next phase of this campaign rolled out. Our customers are at the heart of our business so developing a relationship with the public, promoted through targeted advertising, allows us to engage with their personal circumstances which is a key part of what makes ESPC’s services stand out.

“We’re proud to serve Edinburgh, the Lothians and Fife and I hope this campaign introduces many more people to what our expert staff can provide to help make the process of buying or selling a home as simple as possible.”