In a competitive market how do you attract the top candidates. Nigel Lewis talks to three people in the know 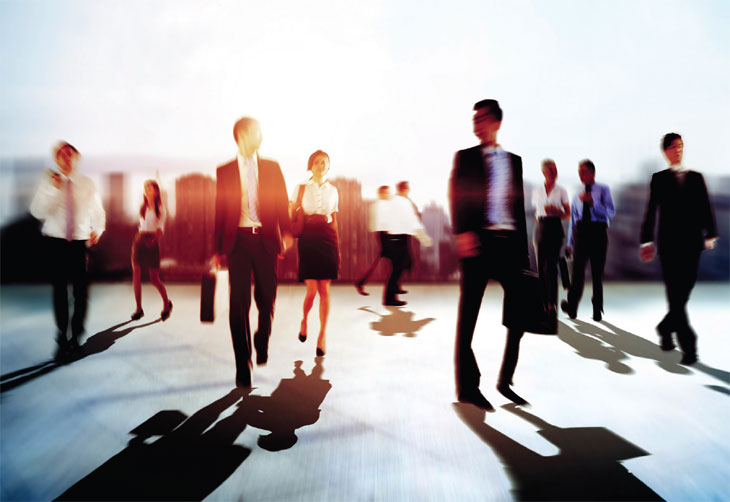 If you own your own estate agency, run a branch or head up a corporate’s recruitment department then you’ll know what a challenge it is to find staff to work in your business within such a competitive sector.

“It’s still a candidates’ market and just snapping up the good ones before your competitors gives you an edge,” says Tony Brookes of recruitment software company VacancyFiller.co.uk.

Agents will know just how competitive it is out there. Most high streets and city centres bulge with sales and letting agency branches and, for example, on the UK’s longest high street, in Streatham, London there are approximately 20 agents fighting over a market of approximately 850 homes for sale at any given time.

It is also a sector famed for its staff turnover. According to government statistics 14 per cent of agents’ employees change jobs every year, or some 70,000 people a year (based on a current workforce of half a million), although please a spare a thought for hoteliers, a third of whose staff jump ship every year.

On top of that, there are also approximately 100,000 more people working in the industry than ten years ago and almost 400,000 more than during the late 1970s, so it’s a lively market place.

“Property is a very competitive sector and that’s why we are investing a lot in recruitment activity at the moment,” says Neil Young, Human Resources Director at 150-year-old chartered surveying and property consultancy Bruton Knowles, which has 12 offices around the UK.

“We’ve been investing heavily in LinkedIn and other social media since I arrived here 18 months ago, and I now use our LinkedIn account to look for talent, make contact with them and see if they’re interested in joining us.

I use our LinkedIn account to look for talent, make contact with them and see if they would be interested in joining us. Neil Young, Bruton Knowles.

“I’ve also put a system in place that enables me to track applicants throughout their careers even if they don’t join us by asking them to keep their CVs on our system up to date and keeping in contact with them via email so that if an opportunity arose within Bruton Knowles idea for them, we can tell them – it’s about being quick and responsive.”

Bruton Knowles, which each year has 500 graduates applying for roles, asks applicants to go direct through its own job portal where they are asked why they want to join, and what skills and qualifications they have. The company also “enters into a dialogue with them because we’re quite a unique organisation – we’re not a big corporate – to find out about their motivations, values and careers aspirations and then see if there is a match and invite them in for interview,” says Neil.

“But we’re also exploring the possibility of apprenticeships to attract A-level qualified applicants. I talked with a trust which specialises in setting up apprenticeships and they were saying that apprentices tend to perform better and learn more quickly than graduates because they learning on the job.”

But it’s not just for junior staff; Neil also recently introduced online psychological or ‘personality’ test questionnaires similar to Myers Briggs (which uses questions to determine your personality type) for more senior appointments within his company.

However, if you’re not ready to pay for the sophistication of your own recruitment platform like Bruton Knowles then there are plenty of online services willing to bridge the gap.

One example of this is VacancyFiller. co.uk which claims to help agents recruit employees more accurately.

“We started in 2008 when job boards like Monster.co.uk came along and offered employers a very inexpensive way of getting roles out to the wider world. But as many agents may know, employers were then overloaded with candidate responses,” says Tony Brookes.

“So our chief technology officer wrote some software to manage the candidates and it grew from there.”

VacancyFiller manages the advertising of both the role and also the shortlisting, all online, and helps agents whittle down the list to the people they really want to talk to and invite them in for an interview.

“But we also recognised that you still need to work with recruitment firms, particularly for specialist roles [such as in the property industry] so when you advertise via VacancyFiller it can also be posted on recruitment agency websites as well as social media,” says Tony.

And then, however the candidate applies, the ‘traffic’ is managed the same way and enables agent to test candidates online including basics such as maths, English and computer skills but also customer service skills and even psychometric testing and background checks.

The company also offers to do some of the ‘legwork’ of recruitment including completing initial interviews, the results of which can be tracked online as the recruitment campaign progresses, and pitch in their comments before and after interviews.

Tony says the advantage of his service is that agents can invite people in for an interview during the recruitment process, rather than waiting for an advertised cut-off date to finish, as traditionally has been the case.

“We also offer a talent pool service that enables agents to ‘bank’ good negotiators who don’t get the job first time and then offer them relevant roles at a later date. And we also offer initial video interviews – it helps filter out the people who may look good on paper and past competency tests, but who when you talk to them via Skype are clearly not the right fit for the role.”

VacancyFiller claims this is a much more cost-effective and efficient way of recruiting and that the cost of using its service, even if you are recruiting just a dozen or so people a year, will pay for itself within two to three months.

Not everyone wants to outsource, it’s considered to be expensive and some agents prefer to advertise locally, viewing recruitment as being at the heart of their business, as customer service becomes one of the key differentiators in a crowded market; which is true… but how do you find them?

A client advertised a role at £25-30k, but offered the candidate £22k, which said to him, ‘we don’t really rate you.’ The candidate went elsewhere! Paul Owen, SalesTalent.

Paul Owen, who runs London-based recruitment agency SalesTalent, says that many business owners don’t realise that the challenge they are facing – that there aren’t enough good sales people out there.

“People fail to recognise this and often list ‘perfection’ in their adverts but offering the minimum pay possible or a very low basic,” says Paul.

“Instead, try and live in the real world and realise that most good candidates have other suitors,” says Paul. “For example, I had a client considering a candidate who was a sure fire winner but lost them because they fell into the classic trap of trying to get them for as little as possible; they didn’t work hard enough to win them over.

Paul also says that many agents wait until they need to fill a role to recruit, but that it’s better to be ‘always on’ and looking for the next employee.

“Sales and lettings is all about customer service so if you meet a waiter in a restaurant who is clearly brilliant at it then why not give them your card – be constantly looking,” says Paul. “If you are a person of note locally then surely you’ll meet potential employees almost every day!”

If you can’t afford or don’t want to pay for a software package or a recruitment consultant then try this, says Paul Owen. “When you advertise, ask candidates to leave a short message summing themselves up.

“It’s a quick and easy way to weed out the chaff because during a 20-second voicemail you’ll quickly hear the ones that you clearly don’t want to speak to and the ones you do,” he says.