Selling property via auctions is appealing to a new generation of buyers, says Sheila Manchester, with online options and modern, more consumer-friendly systems. 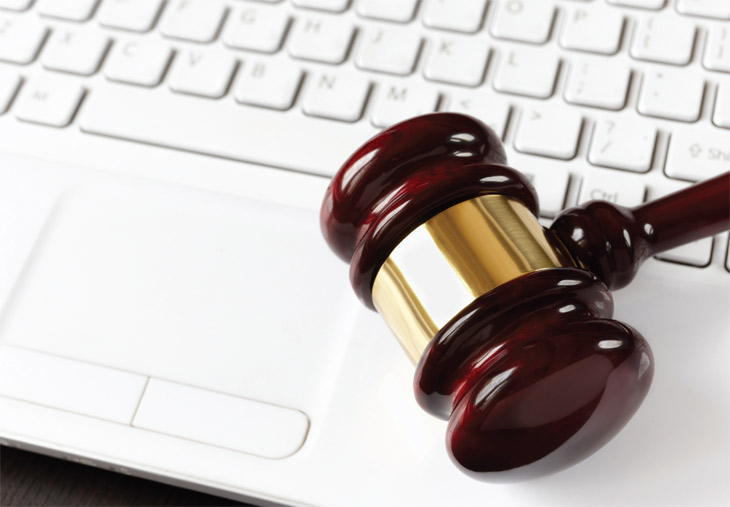 There was a time, not long ago, when selling property via auctions was seen by many as a last chance saloon, the only place to sell a derelict house in a terrible location could be offloaded.

But this is no more. Both the number of auction lots as well as sales and revenues are growing and this ancient system of selling property (along with goods and chattels) is becoming more mainstream every year.

However, it has been on a slow burn up until the last couple of years, since the 2007 boom, says David Sandeman at Essential Information Group (EIG) when “residential auction revenues hit £3.63bn” – and subsequent bust – with a fall in revenues of 28 per cent / £1billion (EIG figures) in 2008. It has taken six years to rebuild those revenues, but in 2014 residential sales realised over £3billion and 2015 is expected to be even better.

What is really interesting is that the public interest in auction sales has risen dramatically. Rory Daly, auctioneer at CPBigwood, says that, “Auctions are no longer a ‘closed shop’, now they are in the public domain. Programmes like ‘Homes under the hammer’ have opened everything up and people now seem to love auctions.”

With new interest and new technology, the residential auction market is undergoing radical change. We are now able to buy – not just view – property online at an auction and that auction may be a purely online auction, or it may be a physical auction, complete with a lively charismatic auctioneer. And those lively charismatic auctioneers are drawing in more and more people to the auction scene – not just sellers and buyers, but estate agents who want a slice of the action. And why not? You don’t even have to prepare or run the auction, agents can simply offer the option to their sellers and the auction networks do the rest.

Toby Limbrick says, “Our network of partner agents, who benefit from shared branding and an industry leading share of fee income, has also increased and the network now totals 65 agencies. Our offering to partner agents has significantly increased, while the cost of joining Network Auctions as a partner has been reduced.”

Changes have also taken place in the dedicated auctioneer market. While some independents have generated significant growth and remained independent, others have created networks with fellow regional auctioneers to create national reach.

We’re off to a buoyant start and the market is looking strong despite a shortage of lots and increased competition.”

Auction House is a national property and land franchise that provides a regional licence for its network members who tend to be established auction houses. Its founder, Roger Lake, says that they continue to bring in new auctioneers and the group’s figures for the first two months of 2015 make very positive reading, “We’re off to a buoyant start across the country and the auction market is looking strong despite a shortage of lots and increased competition for instructions. Lots offered were well ahead at 571, with 432 lots sold during January and February 2015, delivering a success rate of 76% and raising over £52.5 million (£52,528,000).” 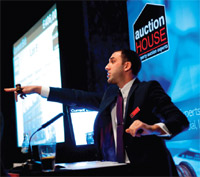 Its largest branch is Auction House London, which was created from the long established Sutton Kersh Binstock in 2011 and its auction events now offer around 80 properties, attracting around 500 people.

“It is incomparable as to how our company has changed since 2010. Back then we had three members of staff using very antiquated systems,” says Andrew Binstock.

“Nowadays we are a team of nine full-time employees using the most up to date software for producing our marketing material, sending out newsletters via our sophisticated CRM software, and other forms of marketing.

“In the last five years we have totally dedicated ourselves to perfect the art of selling by auction and making sure that we recruit the best talent for this specialised method of selling properties.”

Interestingly, while the traditional estate and lettings agency businesses are, it seems, locked in battle with modernist online newcomers, auctioneers seem to be embracing the online model, either developing their own online process or hooking up with one of the networks.

One of the newer – and rapidly growing – options for estate agents is to work with Newcastle based iam-sold, which offers a range of auction methods in live and online auctions. Sellers and/or their estate agents can put their property up for auction online or through a physical auction and can choose from the traditional contractual arrangement on the fall of the gavel or the Modern Method of Auction which gives a 28 day period for buyers to arrange finance and removals etc – a more ‘client friendly’ option, says iam-sold.

Auction is an important tool for estate agents, it enables them to maximise every property’s potential.”

iam-sold is now listing properties from estate agents up and down the country, but has recently announced free valuer training days to help their partner agents build this side of their business.

There are 21 Valuer Training Days booked for 2015 where 500 valuers receive up-to-the-minute training on how the auction process works, the legal aspect of it all, and how to sell the benefits of the auction.

Tom Bailey, Auction Director for iam-sold, said, “The auction route is a very important tool in the estate agency offering that enables them to maximise the potential of each and every property. We are helping our partner agents achieve fantastic results – we do this by not only supporting them right through the process but also by ensuring that key staff are trained and comfortable with all elements of the auction.”

Network Auctions is also taking an online route, launching e-auctions to complement its traditional sales, which are held in London and Birmingham. “I believe our new e-auctions offering has
mass market appeal and will rapidly grow our transaction numbers and market share,” says Toby.

“The e-auction will enable our partner agents to generate option agreement sales with much greater certainty and commitment than ‘subject to contract private treaty’ transactions but without the time restrictions and pressure of a standard auction approach. It’s an exciting prospect as an instruction gaining tool and our partner agents love it.”

We decided that to be ahead of the wave we needed to take our property auctions entirely online.”

Other older businesses prove they can ‘get modern’ too. John Pye Auctions is, at first glance, a thoroughly traditional auction house, established for over 40 years, selling chattels and, more recently, property, but all their property auctions are online. Richard Reed MRICS, head of property, said, “We thoroughly analysed the market for a number of years and decided that to be ahead of the wave and be key innovators in the industry, we needed to take our property auctions entirely online.

“In 2014 we held more than 400 auctions, indicating a clear rise in popularity of online auctions. We are one of the first auction houses in the UK to sell properties through an online bidding
platform and the only auction house with a binding contract at the fall of the virtual hammer.

“John Pye Auctions business model is geared towards the end user and, as a result, we have a wider public auction appeal through our website, which now achieves more than 800,000 unique web hits a month with a broader range of secondary market auction offerings over and above any other property auction company.

“There was some market scepticism raised about the validity of property auctions being held online, which was natural. Our firm belief has always been that we can offer sellers and buyers alike a far more accessible and wider national and international market reach, through our established online bidding platform, which runs for a week per property auction.

Meanwhile, the financial element of the auction sale has also modernised, transforming auction room purchases from wads of cash and panicking buyers to properly prepared bidders who have arranged bridging finance to enable a smooth purchase.

Auction Finance, probably the UK’s leading lender to the professional property auction industry, reports a 78 per cent year-on-year increase in sales that it financially supported in 2014. The total amount it advanced throughout 2014 leapt by 133 per cent compared to the previous year.

According to their figures, regions with the biggest increases in lots sold were East Anglia (400 per cent) and the West Midlands (200 per cent), while the South West and South East also reported a significant uplift (171 per cent).

“The days of buying or selling a house through an auction being seen as last resort, are fast becoming a thing of the past,” said Scott Hendry, Director at Auction Finance. “And with most properties sold at all UK auctions being completed and exchanged within four weeks – about ten weeks quicker than properties sold through an estate agent – the popularity of property auctions is only set to increase.”

The final bid in this article goes to the very enthusiastic Rory Daly, at CPBigwood, who, when asked if he thought auctions are set to grow in popularity, said, “I would say this wouldn’t I – but I do, because more and more vendors seem willing to consider auctions as a first resort when in the past many people would only consider auctions as a last resort – long may this continue!