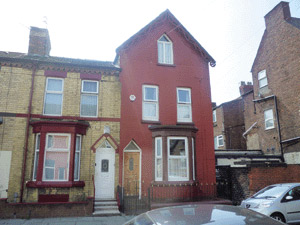 The number of 10-year fixed rate mortgage deals on the market is continuing on a sharp upward trajectory to meet rising demand for longer-term home loans, a new study shows.

Shorter term fixed rate mortgages have been the favoured option for borrowers for many years, but the historic low rates on offer in today’s market means that fixing for longer periods is definitely an attractive offer, hence the rise of the decade-long fixed rate.

In January 2014, there were just eight 10-year deals to choose from, but by October that number had risen to 22, and just three months later, the figure today is 77.

Along with an increase in choice, the interest rates being offered are also falling. The average rate fell from 4.23 per cent in January 2014 to the lowest average 10-year fixed rate deal ever, at just 4.17 per cent.

“The 10-year fixed rate bandwagon is racing down the road and lenders seem to be jumping all over it,” said Sylvia Waycot (left), Editor at Moneyfacts.co.uk. “This is great news for borrowers as they are able to fix their repayments for a decade at a time, which removes the fear of what happens if interest rates rise.”

Waycot continued: “Traditionally, the fear for those locked into a fixed rate has been ‘what if interest rates drop generally?’,which would mean they could miss out on cheaper deals.

“However, as Bank of England base rate is currently sitting at an historic low, and the only talk is of when it should rise rather than drop, this is less likely to be a concern for most people fixing.”

Barclays is among a host of lenders that are now offering a cheap 10-year fixed-rate mortgage, reflecting the increasingly competitive nature of the market.