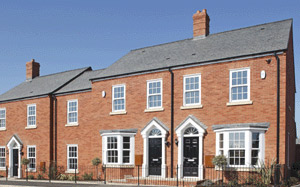 There has been a significant increase in the volume of housing permissions by local authorities in the last year, according to new figures published by the Home Builders’ Federation (HBF) and Glenigan.

The latest HBF/Glenigan Housing Pipeline report reveals that 194,820 residential property permissions have been granted in 2014, ensuring the year saw the highest level of new housing starts in the UK since 2008.

“Increasing housing delivery will provide the high quality homes our next generation needs, support thousands of companies up and down the land and create tens of thousands of jobs,” said Stewart Baseley (left), Executive Chairman of the HBF.

However, he added that efforts still need to be made to ensure that the number of housing starts continue to rise in the years ahead, as the UK is currently still behind on the level of development needed to meet rising demand for new homes, fuelled in part by the Help to Buy scheme.

Speeding up the rate at which permissions are granted is one of the keys to a significant, sustainable increase in housing supply, according to Baseley who highlighted that too many sites are ‘stuck’ in the planning system, with an estimated 150,000 plots at ‘outline permission’ stage awaiting full sign off by local authorities.

Since its introduction in 2012, the National Planning Policy Framework (NPPF) has helped ensure an increase in the number of local plans coming forward with allocations of land to meet housing needs. Some 60 per cent of local authorities now have an adopted plan in place. Where local authorities fail to meet their housing needs or keep plans up to date the NPPF provides a route for the Secretary of State to step in and take decisions on applications. This process has helped to deliverever increasing numbers of permissions since its publication in 2012.

Figures in the latest report show a slight drop in the number of permissions for new homes granted in the third quarter (Q3) of this year, compared to Q3 2013: 41,746 permissions were granted in England, down from 44,251 in 2013. The majority of the fall has been in the affordable housing sector with just 3,908 dwelling permissions granted compared to 6,419 last year. Private permissions fell very slightly to 36,690 from 36,708.

In his Autumn Statement, Chancellor George Osborne acknowledged the need to make changes to the planning application process, with a view to introducing new measures to speed up the time taken and reduce the cost of getting planning permissions.

Similarly, the Department for Communities and Local Government (DCLG) Select Committee report into the operation of the NPPF, which was published last week, concluded that the NPPF was the essential base from which consistent decision making could occur, delivering an increase in land for housing. The report has made some recommendations to tweak the NPPF to iron out some initial teething problems, but categorically states that fundamental changes to the NPPF are not only unnecessary but would be harmful to the emerging trend of positive planning reflected by the long term trends within HBF’s Housing Pipeline figures.

Baseley continued: “Since its introduction, the NPPF has delivered steady increases in the number of planning permissions. Allied to an increase in demand, primarily down to Help to Buy, this has enabled house-builders to ramp up much needed housing delivery. 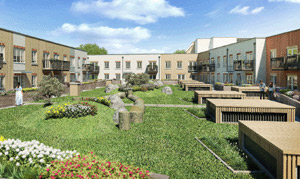 “Government cannot though be complacent. It is imperative it monitors the planning system closely and ensures it evolves so that it delivers planning permissions at the rate required to address our housing crisis.

He pointed out that developers are still only building around half the number of new homes the country needs. Getting the required number of permissions, in a timely manner, is absolutely key to the industry’s ability to deliver.

“In addition more needs to be done to speed up the plots that are awaiting final approval to allow construction to commence,” he added.

The HBF/Glenigan report, a strong forward indicator of future levels of home building, suggests that there will be a rise in the volume of homes which will be built over the next two to three years.

Allan Wilén, Glenigan’s Economics Director said: “The flow of private sector projects remains firm. The current year has seen a number of larger schemes gaining approval and this has contributed to a 30 per cent rise in the number of homes approved on private sector projects during the first nine months of 2014. In contrast, social housing approvals remain on a downward trend and tempered growth in overall planning approvals to 20 per cent during the first nine months of this year.”

Starter Homes initiative
The Prime Minister David Cameron last week launched a new scheme that will offer 100,000 first-time buyers new homes with a 20 per cent discount, as part of a major push to help people onto the housing ladder.

Aspiring homeowners will be asked to register their interest in buying via the new Starter Home initiative from the start of next year – at least six months earlier than planned. And many of the country’s leading house-builders and councils are already looking at sites that could be used for new homes.

Some 100,000 homes will be available to first time buyers under 40 as part of the Starter Homes initiative – and work on the first raft will start next year.

Prime Minister David Cameron said: “Hardworking young people want to plan for the future and enjoy the security of being able to own their own home. I want to help them do just that.

“Under this scheme, first-time buyers will be offered the chance of a 20 per cent discount, unlocking home ownership for a generation.

“This is all part of our long-term economic plan to secure a better future for Britain, making sure we are backing those who work hard and get on in life.”

The new Starter Homes initiative has been welcomed by the Federation of Master Builders (FMB), with a number of FMB house builders already pledging their support.

Brian Berry (left), FMB Chief Executive, said: “We back the principle of this scheme which aims to enable more new homes to be brought forward and targeted at first time buyers, who are a crucial section of the market. The Government’s recognition of the importance of boosting supply from smaller house builders has been underlined by recent announcements extending the Builders Finance Fund to smaller sites and setting a ten unit threshold on affordable housing and tariff style planning obligations. It is crucial that the Starter Home initiative will also be open to firms and sites of any size.”

Berry concluded: “It is now important that we make sure that the details of the scheme ensure that the central objective – to deliver 100,000 new homes for first time buyers at 80 per cent of market value – is realisable in practice. That’s why the FMB and 15 leading member firms have pledged to work with the Government on the development of the Starter Homes scheme.”