Why agents flock to property franchises during downturns

With a lot of hard work and commitment, a franchise could get you where you want to go a lot more quickly, says Nigel Lewis, but which franchise might be the best bet for your future? 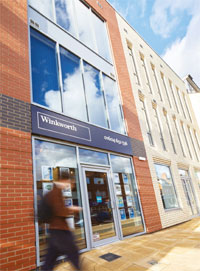 Pproperty franchises have been around for years but during more difficult times they shine brighter than their traditional counterparts, if the recent upbeat half-year results for the big corporate franchise chains are anything to go by.

During downturns, property franchises appeal to independent agents, however brilliant that agent may be, because they feel exposed when sales volumes slump and local competition hots up over fee levels.

“One of the reasons that franchises are, in many ways, more successful than corporate businesses or independent traders is that franchisees are 100 per cent fully committed to their business, as they have invested their own money and it is, therefore, key to the success of both the franchisee and the franchisor that they are fully motivated to grow that business,” says Dorian Gonsalves, CEO of Belvoir.

“When the market is tough, franchisees, because they are working in their own business, will always be looking to find ways to develop and maintain business growth. However, for this business model to be successful there needs to be a strong working relationship between the franchisor and the franchisee.”

However, the more difficult sales and lettings markets have also prompted many negotiators and branch managers to become self-employed. This has been helped in part by the spread of the franchise ‘light’ model made popular by Purplebricks and the other hybrid agents who have adopted it.

To help anyone looking to make the leap into franchising, The Negotiator asked leading players to make their elevator pitch.

Nicky Stevenson, who earlier this year joined the company’s leadership team, says, “With 180,000 associates, Keller Williams is the world’s largest real estate company with associates given access to a worldwide system where agents can give and receive referrals across the globe,” she says.

“It’s about the culture here – people just want to help each other, team up, collaborate and in general it’s a nice place to be – when you’re working on your own it can be quite lonely, so they get support from the leadership team and fellow agents.

“For most of the people, it comes down to time and money; they often feel that they are not really progressing in their traditional agency role and have hit a ceiling and might even be earning less than they did before, under traditional commission structures.

For most of the people I meet, it comes down to time and money; they often feel that they are not really progressing in their traditional agency role and have hit a ceiling. Nicky Stevenson, Keller Williams.

“They are not allowed to have time off to spend time with families or attend school sports days, for example. There are frustrations around lifestyle. I think it’s about the freedom to choose and when it’s commission only and you’re running your own business if you don’t want to do viewings after 4pm on a certain day, for example, you can.”

“In uncertain times, property sellers look for an agent they can put their trust into and who can provide a highly personalised service to guide them to the best outcome for their own circumstances,” says CEO, Dominic Agace. “But, as well as this, they need an agent that has a good database behind them so they can get the exposure they need.

“A joined up franchise network can provide both through the personalisation and dedication of an independent proprietor being able to access the database of a larger network provided by other offices under the same brand.

Winkworth is unique in the franchise space because of its extensive London network; we provide a large database of buyers and sellers and brand recognition across London. Dominic Agace, Winkworth.

“Winkworth is unique in the franchise space because of its extensive London network, which means we can provide a large database of buyers and sellers alongside brand recognition to all areas in London and those that connect with the London market.” 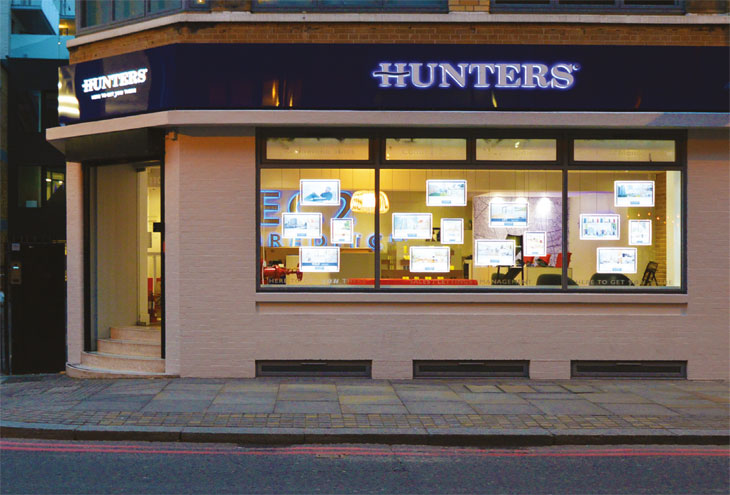 “The property franchises model brings the best of both worlds together,” says Glynis Frew, CEO of Hunters.

“Large corporately-owned estate agency businesses have always had the lead in terms of training, marketing and nationwide coverage; this has always been something that an independently owned business would struggle to replicate and franchising brings these key elements to them.

“We wholeheartedly believe in independent businesses and we support them accordingly. Customers want to use and support locally owned businesses too, often dealing with the owner directly who has been present for years and will continue to be, unlike the often manager merry go round that happens in large chains.

Customers want to use and support locally owned businesses too, often dealing with the owner directly who has been present for years and will continue to be. Glynis Frew, Hunters.

“The franchise model also enables branches to cover a wider geographical area by fully utilising the technology they are provided with, reducing the need for as many physical locations and therefore making the businesses more financially viable.”

“Our model also enables members to own their own businesses and territory, thus giving them total control of their destiny.

“Jackson-Stops members are naturally more entrepreneurial than their corporate counterparts and have a far greater incentive to deliver.

“Well positioned in the middle to higher valued markets, with a strong national brand supported by a national network, the model provides the ideal structure for many aspiring estate agency owners.

“The diverse nature of businesses also allows members to share relevant skills, experience and expertise: knowledge is power and leveraging the expertise of professionals from across the group adds great strength to individual businesses.

“No company is immune to the current, challenging markets, but the Jackson-Stops model means that members’ businesses are constantly evolving as they adapt to new opportunities.” 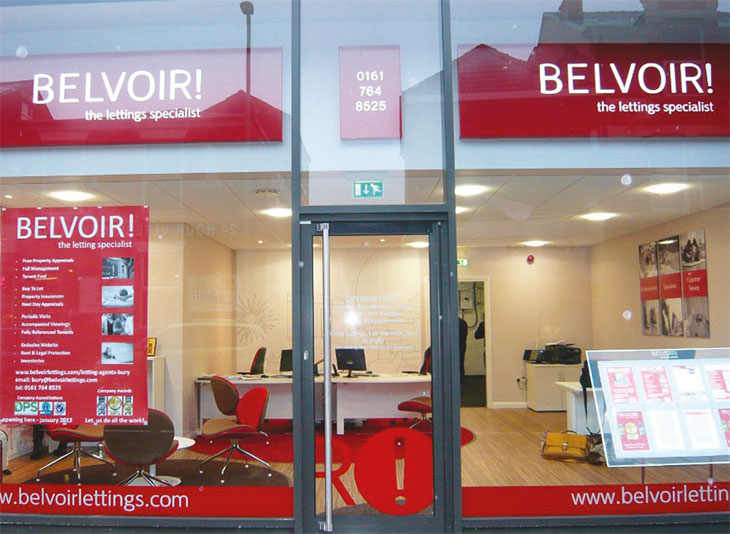 “There is an incorrect assumption that because franchisees pay a percentage of their turnover to the franchisor they are less profitable, that is simply not the case,” says Dorian Gonsalves, CEO of Belvoir.

“We see the accounts of hundreds of independent agents every year and franchisees are equally or more profitable.

“Corporates are unfortunately now caught in a very difficult position, whereby, due to the disrupters of online traders, they can no longer charge the very high fees that they have always done in the past and are losing market share.

Corporates are caught in a very difficult position, due to the disrupters of online traders, they can no longer charge the very high fees that they have done and are losing market share. Dorian Gonsalves, Belvoir.

“In addition, having very large, expensive shops and layer upon layer of managers is not a good position to be in, and these factors are resulting in loss of profit and in some cases, businesses are losing money, which is not sustainable.”

“A franchise offers a product people want, ready-to-go business processes, a recognised brand, back and front-office functions for compliance, access to national and local marketing, and innovation,” says Nick Neill, CEO of Ewemove.

“Add to this, an entrepreneurial, skilled and experienced salesperson, or estate agent, and you’re ready to take off like a rocket heading for the moon, rather than a cheap disappointing firework that quickly runs out of thrust, which is often the case if an individual tries to do everything by themselves.

The franchisee wants to back themselves, take a longer-term view and work hard to build an asset base they can monetise at some stage in the future. Nick Neill, Ewemove.

“And critically, in comparison to the corporate business model, it doesn’t have the key secret ingredient. And that’s the franchisee.

“Employees are employees because they want the safety net of employment and regular income, without taking too many risks or making a long-term commitment. Results are more transitory and disposable to them; they are not so emotionally invested in the enterprise.

“The franchisee wants to back themselves, take a longer-term view and work hard to build an asset base they can monetise at some stage in the future.”

Daren Cridge has worked in estate agency for decades but in 2015 moved to Purplebricks and was one of the first senior industry players to sign up as a Local Property Expert.

Then, in August 2019, he decided to leave and join Keller Williams and head up its Weybridge, Surrey Market Centre.

“I spent a good couple of months finding out about Keller Williams before I joined, including going to their learning days and I met one of the senior US agents Sue Adler, based in New Jersey and heard about her experiences with the company.

“The culture started to resonate with me because it reminded me of Purplebricks during the early days when I first met Kenny and Michael Bruce.”

Daren says he believes the culture has changed massively since the early days and that he likes Keller Williams because he believes its culture is more established and more ‘relaxed and calm’. 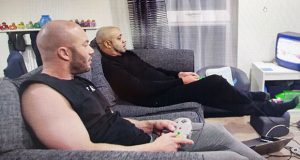