Significant jump in volume of homes started in England 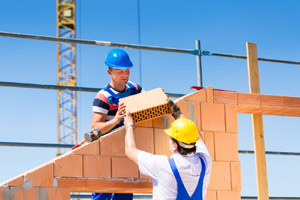 The number of new housing starts continued to increase in 2014, with the latest data from the Department of Communities and Local Government (DCLG) revealing that a total of 137,000 homes were started last year, a rise of 10 per cent on 2013.

The housing industry welcomed the rise, but said it was still significantly below of what the country needs to help satisfy high demand for housing, with house building levels in 2014 still 25 per below the peak reached in 2007.

“The figures demonstrate the increase in house building activity over the past 18 months,” said Stewart Baseley (left), Executive Chairman at the Home Builders Federation (HBF). “Improving consumer confidence and the Help to Buy scheme have increased demand for new home and the industry has responded.”

The HBF estimates that there are now over 100,000 more people employed as a result of the increase in house building, providing the country with an economic boost as well as much needed housing.

However, whilst Help to Buy is now driving demand for new homes, constraints still remain – not least with the planning process, according to Baseley, who also pointed out that “we are still way short of building the number of new homes the country needs”.

He added, “As we approach an election, all parties need to focus on how we can increase housing supply still further.”

The Federation of Master Builders (FMB) which recently launched its “Programme for Government, 2015 to 2020” designed to help increase the supply of much needed new build homes in this country, is calling on the Government and property industry to collaborate to develop at least 200,000 homes a year by 2020 in order to tackle the housing crisis.

Speaking at high profile cross-party event in Parliament last week, Brian Berry (right), Chief Executive of the FMB, said, “In England we’re only building around half the number of new homes required to meet the demand for housing. Regardless of which party or parties take the reins in May 2015, the next Government must work with industry to develop a robust housing strategy and commit to building at least 200,000 new homes a year by 2020. This is a realistic target and one that can be achieved if we remove barriers to small local builders.”

The FMB’s “Programme for Government, 2015 to 2020”, was welcomed by the Housing and Planning Minister, Brandon Lewis, Shadow Housing Minister Emma Reynolds and Communities and Local Government Minister, Stephen Williams, with all three MPs agreeing that far more needs to be done to boost the supply of much needed new build homes.