Significant rise in number of new homes in Scotland

Greater detail of the new Help to Buy scheme in Scotland is urgently required if recent increase in number of new homes is to be maintained, says Homes for Scotland. 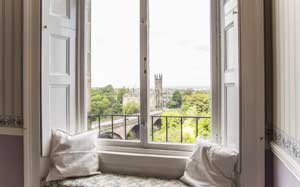 There has been a sharp increase in the volume of new homes built in Scotland, according to official figures.

The latest housing statistics from the Scottish Government haveunveiled that the number of new homes completed across the private and social sector rose 9 per cent to 16,281 between April 2014 and March 2015, compared to the same period in 2013-14.

Based on the latest data, the Scottish Government is well on track to exceed its five-year target to deliver 30,000 affordable homes by March 2016, as part of the Affordable Housing Supply Programme.

House builders have welcomed the 9 nine per cent rise in the total number of new homes built across Scotland, but have called for greater early clarity on the details of the successor to the hugely successful Help to Buy (Scotland) scheme if such an increase is to be maintained.

The Scottish Government announced last week that it will spend £195million over the next three years on a new shared equity scheme to help even more people acquire new build homes.

A previous Help-to-Buy scheme closed in May after it became fully subscribed less than two months into this year’s round of funding.

Philip Hogg (right), Chief Executive of home building industry body Homes for Scotland commented, “Whilst these figures represent an overall and welcome move in the right direction to addressing the country’s housing crisis, it should be recognised that this recovery is largely as a result of the current hugely successful Help to Buy (Scotland) scheme.

“In order to maintain this positive momentum, we now need clarity on the qualifying criteria for the recently announced £195m successor to this scheme so that builders can forward plan before the introduction of the new initiative in April 2016.”