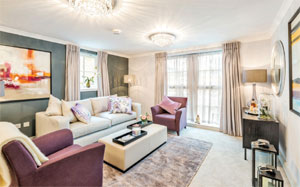 Furnished to sell for a higher price, by David Philips.

Ed Grant of the furniture and home staging firm David Phillips has spent the past 18 months of his professional life crunching data and pounding the streets of the UK talking to letting agents.

While this may not be everyone’s idea of fun, he says that he’s enjoyed trying to nail down how much more furnished flats rent for versus their unfurnished competition, because up until now operators in this sector has relied on guesswork and anecdotes.

Ed’s work is done now and he has been quoted as saying that the total ‘premium’ that UK landlords missed out on last year by not furnishing their properties when renting them out was £300m.

If 90% of tenants in your particular market want a furnished property and yours isn’t… only 10% of the market will be interested!

He says the index – which is really a rental calculator – is useful for the whole private rented sector, although he thinks it works particularly well for landlords of smaller portfolios. That’s because it enables them to work out if they should, at street level detail, market their property furnished or unfurnished.

Ed looked at 400,000 properties let during 2015 including data from different sources including agent CRM systems (the property address), tenant referencing data (the final agreed rental) and the big portals (whether it’s furnished or unfurnished).

“There were 1.2 million ‘unique’ properties let last year – so excluding properties let twice – so we’ve captured around a third of the UK lettings market,” he says. 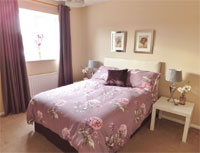 Ed says the first of these variables is ‘what percentage of rental properties in an area are furnished’.

“Landlords don’t want to furnish because it’s expensive but tenant demand dictates whether you have to or not, so if you have a market that’s 90 per cent furnished, it indicates that nine out of ten tenants there are going to want to rent a furnished property,” says Ed.

“So if you’re marketing your property unfurnished in that area then only 10 per cent of tenants will be interested in it.

It’s what we call the expectation factor.”

Ed then uses the per room rental rate to compare like with like in that area to work out if being furnished produces an uplift or premium.

“But we’re not saying you’ll get an ‘x’ increase in rent if you furnish, we’re just saying it’s strong evidence that you should furnish,” he says.

You’d think that maybe Ed would relax now. But he says one of his next jobs is to try and work out the same data but for home staged properties for sale, which is the other half of the David Phillips business model.

Almost any new homes development whether it has six apartments or six hundred is likely to have a home-staged apartment or ‘show home’ and Nicky Bloom, Director of Rental at David Phillips, says his company does at least eight or nine stages every week of the year at the moment as the new-build sector booms. “That can be anything from a two-bedroom flat to a multi-room mansion,” he says. 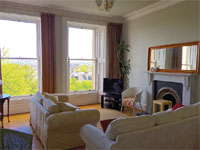 “Our clients are estate agents and property developers and we have many who have been with us for years and who wouldn’t consider putting a property on the market that hadn’t been fully dressed extracting its full value,” says Nicky.

The scale of new homes home staging is staggering. David Phillips says it has a 40,000 sq ft warehouse in East London and a team of interior stylists dedicated solely to its furniture rental department.

“For the smaller developers we dress one of them while within the larger schemes we’ll often dress both a one, two and three bedroom flat so people can see the different solutions on offer.”

“From the point we receive the enquiry from a developer we’re looking at how to enhance the property from a sales and marketing point of view and that means advising on the wall colourings, carpet and even sometimes the layouts of the properties.

“And we provide everything including the cutlery, crockery, bed linen. mirrors, furniture and art work.”

However, not everyone is won over by staging and it would seem it’s a largely southern Counties phenomenon, something Nicky acknowledges.

“In London and the South East it is very common to use home staging but in Manchester, where we have an office, the key task for them is to educate the market, that is their biggest battle up there,” he says.

“This was a three-bedroom house and I carried out some maintenance work, a full decoration including new tiling and flooring in the kitchen and the hire of some furniture. After 10 days on the market it had 16 offers and sold for 25 per cent [or £80,000] over the Homebuyer Report valuation. The cost of the maintenance and staging was £11,000 while the property sold for £321,800.

The results of homestaging are clearly successful, but you might think that it would be a more national phenomenon given the free publicity that home staging received during the late 1990s.

Back then Channel 5 launched its House Doctor series fronted by Ann Maurice. It made Ann, from Michigan in the US, not only famous overnight but then able to launch an introducer network. 20 years later it still trains home stagers and gives them leads through its national website.

Trish Pead of House In Order created this master bedroom for developers inside a staged house built in Surbiton near London by Surrey developer Chris Thornton. The property went on to sell off market for £950,000 to the first people who saw it.

Two early students of the Ann Maurice ‘school’ were Trish Pead, who runs House In Order and Suzanne Steer who runs Housemedic Interiors.

Both consider themselves competitors of David Phillips, although not on the same scale. “Mine is a far more personalised service than the bigger companies, from whom you buy a certain ‘look’ and they bring it in as a package,” says Trish.

“For me it’s about trying to hide the negatives in a house like a cracked ceiling and instead promote its positives.” Trish started home staging after being an interior designer in Australia, returning to the UK, she trained with Ann Maurice and is still a member of the network.

Her company works for new-build and private home clients and she also offers agents a referral fee.

“I go into properties that are empty and these tend to be those owned either by small and large property developers but also people who thought they were going to sell their home and moved out but then the sale suddenly fell through,” says Trish.

“Empty properties look completely soulless and are very hard to sell, so for the larger developers I offer more of a ‘show home’ service while for the smaller ones I work within a usually much smaller budget.

“That means, if it’s a big property I might only half furnish it and do only the most important rooms such as the master bedroom, lounge and kitchen.”

Suzanne Steer, who was also one of the founding House Doctor network home stagers, also works with both private vendor as well as developer clients.

“I recently had a client in Ecclestone Square in London who had been struggling to sell her property,” Suzanne says. “She got chatting to someone who I’d worked for locally and achieved a good return for so she came to me as she was at her wits’ end.

“I went around there and thought it needed a lot of work, it was very cluttered and full of inappropriate furniture for a property around the £4 million mark.

“An offer of £3.5 million was on the table but she wanted £4 million so I suggested she reject it and spend £70,000 on staging including a new kitchen and flooring throughout. Within four weeks she sold the property for £4 million so she made £430,000 on her £70,000 investment.” 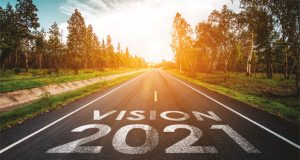 Predictions – suppliers give their views of 2021