An estate agency in Sussex has proved you don’t need big agencies’ marketing millions to make a brilliant ad about your services.

Local media has been awash with praise for Hailsham-based Crane and Co’s three-and-a-half minute film about a little girl persuading her grumpy neighbours to move home like her parents.

Six-year-old local star-in-the-making Isabella Dunford plays the main character Lily in the film, which has been released online and is also being played at the firm’s local cinema.

This is the second time Isabella has appeared in one of the firm’s films, and she told her local newspapers that: “It was quite hard remembering all the lines and I practised a lot. My favourite part was seeing different people’s houses and the pond full of tadpoles at one house we filmed in. 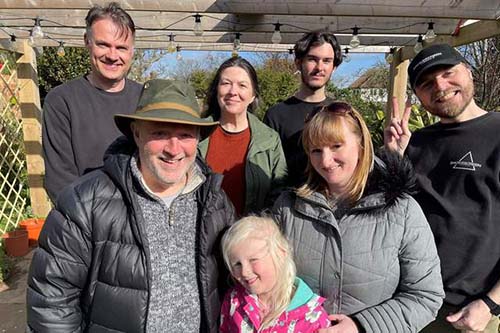 “I really enjoyed spending time with Nick and Lorraine, who played Mr and Mrs Brooks. I definitely want to do it again and become a famous actress. I would love to play Alice in Alice in Wonderland.”

Her mother, Siobhan (pictured with her daughter and the film crew) who also appears in the film, said: “Isabella really enjoyed it and came away very happy. I can’t wait for everybody to see it and for us to look back on when she is older – memories for life.”

Crane and Co MD and founder Mike Crane also praised the six-year-old. He said: “Isabella has been an absolute star, she plays the character of ‘Lily’ exceptionally well and really helps to bring the whole film to life.

“We are very excited to release our new film, My Friend Mr Brooks, starring Isabella from Hailsham.”