Sign in or Sign up
The essential site for residential agents
Home » News » Housing Market » Smaller landlords are disappearing – is this what the Government wanted all along?
previous next
Housing Market

Smaller landlords are disappearing – is this what the Government wanted all along?

Report into the £1.4 trillion buy to let market in the UK reveals how the recent tax changes and stricter lending rules are favouring larger, institutional investors. 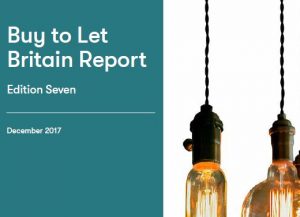 Growth in the buy-to-let sector this year has dropped dramatically as more amateur, smaller portfolio landlords have stopped buying properties or decided to leave the market, a report has claimed.

The Kent Reliance annual Buy To Let Britain survey, published in association with Legal & General, quizzed 865 landlords and shows that the recent mix of tax reform and tighter regulation has reduced growth in the number of privately rented houses to 2.2% this year, down from just over 8% in 2014.

These recent reductions in tax allowances and extra Stamp Duty, coupled with a second round of stricter buy-to-let lending rules introduced by the Prudential Regulation Authority (PRA) this year, means the market now favours larger portfolio and institutional investors, the report claims.

And the landlords who have stuck with buy-to-let are now increasingly turning to limited company status to reduce their tax costs. Kent Reliance says 70% of all buy-to-let loans are now from companies rather than individuals.

This, Kent Reliance Chief Executive Andy Golding (pictured, left) says, is having the effect many warned it would – to push up rents as tenant demand outstrips supply in some areas of the UK, in particular the East Midlands and East of England.

But overall rents are slowing, dragged down by a softening rental market in London, the reports says.

“Landlords are swallowing the unpleasant cocktail of higher taxation and tighter regulation, and this is undermining the expansion of the private rented sector,” says Andy Golding.

“A fundamental shift in the landlord population is now underway, as buy to let moves from being a popular past-time for hundreds of thousands of British amateur landlords, to the preserve of committed long-term investors with experience and expertise.

The report also reveals one staggering figure; tenants have paid landlords £58.8 billion in rent over the past 12 months, £2.3 billion more than a year ago.