Professor Richard Kingston of the University of Manchester explains how the arrival of 5G will revolutionise the real estate sector. 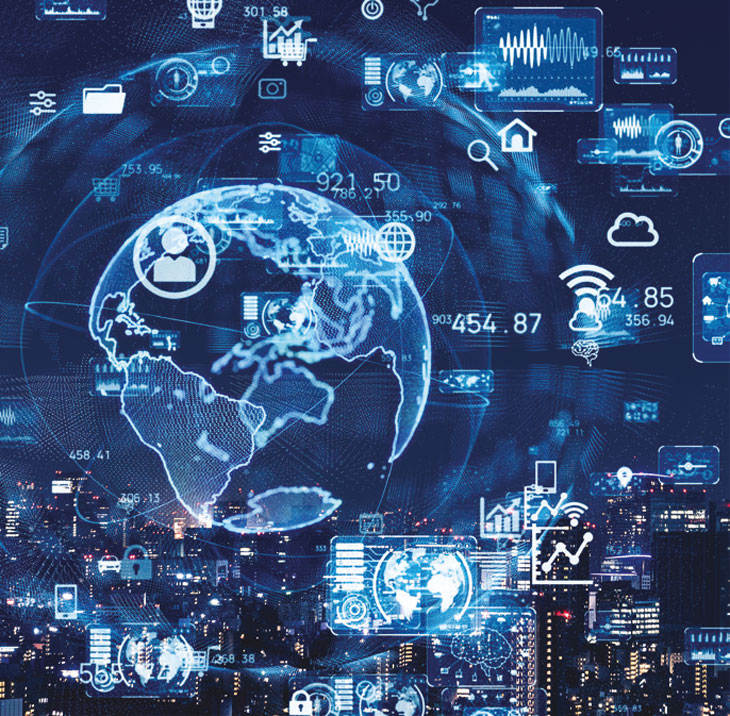 5G is almost here. As more and more devices are able to connect to this next generation of mobile connectivity, there will be significant changes to how industries, cities and societies function. Devices currently able to connect to 5G are, in reality, only experiencing what is essentially high-functioning 4G.

When true 5G connectivity arrives, the amount of data devices will be able to transmit and receive will increase massively – potentially one hundred-fold. When will it arrive? It is hard to predict accurately, and it will be a staged process across the UK. The Government is currently working towards a target of ensuring that the “majority” of the country can access 5G coverage by 2027. To achieve this goal, the National Infrastructure and Construction Pipeline project was launched in 2018, with significant investment thrown behind it. Over the coming decade, then, we are to see a notable step change in the vast and varied world of ‘digital disruption’. On the one hand, consumers will be able to enjoy seamless streaming, downloading, and browsing from anywhere they wish. On the other hand – and of greater importance – industries will be transformed by the combination of 5G and the Internet of Things (IoT).

Industries will be transformed by the combination of 5G and the Internet of Things.

In the world of real estate, one of the most interesting developments to monitor will be how the arrival of 5G takes us closer towards the introduction of the so-called ‘smart city’; changing the way we live and work entirely.

The Internet of Things and smart cities

Like all truly revolutionary technologies – such as the internet, computers and internal combustion engines – the promise of 5G lies more in what can be accomplished through it, rather than the technology itself. To put 5G into perspective, it promises mobile internet speeds of 10 gigabits per second – that is 10,000 megabits per second. We are currently enjoying broadband speeds of between 30 and 300 megabits per second, in areas with fibre cable. This means the amount of data that can be sent and received between IoT devices (objects containing sensors that are able to communicate with one another) will increase markedly.

Last year, technology analysts IDC predicted that there will be over 41 billion IoT-connected devices across the world by 2025. This incredible level of interconnectedness via faster, more reliable internet connections will lay the foundations for the smart city.

Fundamentally, a smart city is an urban environment able to use technology to operate in a more efficient manner. Through vast amounts of data, thousands of small sensors, and the occasional human input; cities can begin actively working to make our lives more convenient. From automatically dimming streetlights to congestion-sensitive traffic lights, it is hard to understate the immense change cities may experience once this technology is fully rolled-out. Whether lowering carbon emissions, fighting crime, or saving money, and incentivising community behaviour, smart cities could allow us to live easier, more fulfilling lives.

Potential in the property sector

Property developers today will undoubtedly have to consider the role of 5G and IoT when erecting new buildings. It seems clear that new properties ought to be compatible with this new tele-connected world that, although already here, is likely to become far more sophisticated in the coming years. For example, residential or commercial buildings will need to be equipped with in-built sensors across different rooms and areas. This will enable the building to learn about its own spaces and how they are being used, thereby allowing it to adapt to the resident’s preferences.

Features such as automatic lighting fixtures that can adjust themselves based on room occupancy, or air conditioning that can do the same, will allow buildings, like smart cities more generally, to actively learn how best to cater to those who reside within them. This is especially prescient as COVID-19 forcibly brings us into a new age of homeworking. Looking ahead, many organisations will likely now operate via a hybrid-structure of half in-office and half at-home work. To help with this transition, desks equipped with sensors to report on whether or not they are being used will allow employers to see what space available, and what space is actually needed.

Properties of the future will be active participants in our lives, rather than just places to live and work. The task for professionals across the real estate sector, then, is to identify how this will become a reality and how to remain one step ahead of competitors as it approaches.

Richard Kingston is a Professor of Urban Planning and GISc at the University of Manchester. The University is current accepting applicants for its blended online MSc Real Estate course. Covering valuations and appraisals, development, management, and investment, and future cities the two-year Masters is designed to help people get into and move up within the world of real estate, providing students with an in-depth understanding of how the sector functions and the fundamentals that govern it.